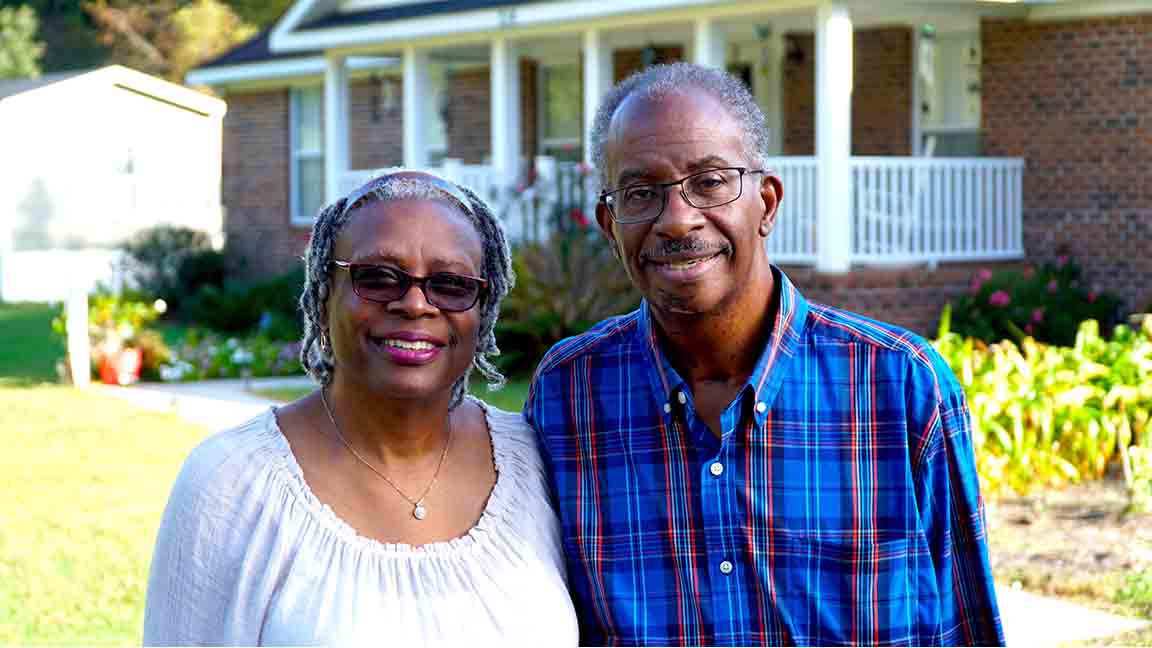 Pawleys Island resident Leonard Nelson credits God and the advanced care and support he received from the team at Tidelands Waccamaw Community Hospital for helping him survive a life-threatening battle with COVID-19.

At first, Leonard Nelson’s symptoms were mild. It was early August, and he assumed the meal he’d eaten at a local restaurant just wasn’t sitting well with him.
Still, to be safe, he and his wife, Linda, decided to get COVID-19 tests. A few days later, a phone call alerted the Pawleys Island couple they both were positive for the virus.
Although his wife never developed symptoms, Leonard Nelson’s condition deteriorated rapidly.
“He was sluggish and sleepy. He just had no energy,” Linda Nelson says of her husband, who serves as a deacon at Mt. Zion Missionary Baptist Church in Pawleys Island.
When she noticed Leonard’s tongue had turned purple on Aug. 10, Linda Nelson took him to the emergency department at Tidelands Waccamaw Community Hospital, where he would spend the next 17 days fighting for his life.
“By the grace of God, he got through this,” says Linda Nelson, who didn’t see her husband again until Aug. 27. “He’s doing pretty good now. The staff at Waccamaw took good care of him. They really treated him like a king.”

After arriving at Tidelands Waccamaw, Leonard Nelson was admitted to the hospital’s critical care unit, where he received intensive of support. For two weeks, he remained sedated and reliant on a ventilator while his body battled COVID-19.
Meanwhile, the team at the hospital kept in regular communication with Linda, who was unable to visit him due to his illness.

“They kept me informed, and the nurses were someone I could talk to about him,” she says. “They checked on me and made me feel comfortable. Those nurses took care of both of us.”
Although Leonard Nelson’s condition was very poor at first, Mattox says the critical care unit staff began to notice small improvements.
“We don’t always see that with patients treated for COVID. Unfortunately, many who we’ve seen in Mr. Leonard’s condition don’t experience the same positive outcome,” he says.

Turn for the better

In late August, Leonard Nelson was taken off the ventilator and underwent a tracheostomy, which provides long-term breathing support without the need for sedation. He also received a PEG tube, a way for medical staff to provide nourishment directly to his stomach instead of through an IV.
By Aug. 27, he had recovered enough to be discharged to a rehabilitation facility where he received physical, speech and occupational therapy to continue his recovery. He also had the tracheostomy and PEG tube removed. 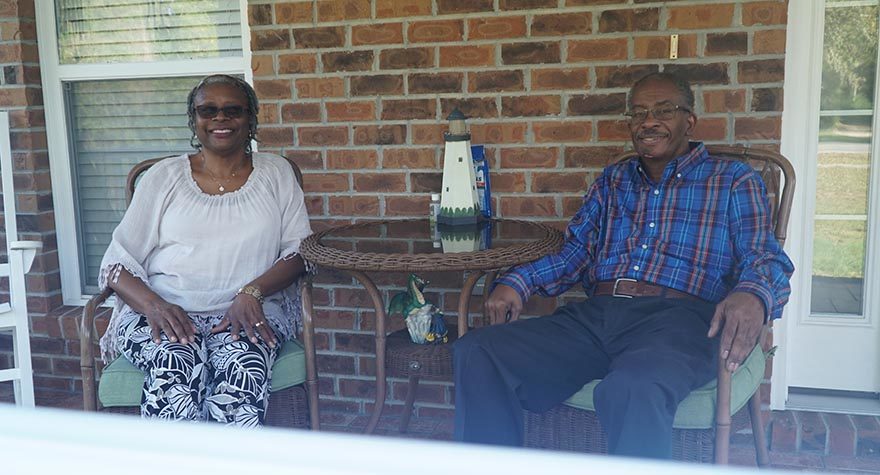 Now that Leonard Nelson is home and on the road to a full recovery, the couple say they will be forever grateful for the care they received at Tidelands Waccamaw. In fact, they surprised the critical care staff with a tray of cookies to express their gratitude.
“I’ve come a long ways in a relatively short period of time, but I’ve still got ways to go,” Leonard Nelson says. “By the help of the Good Master, I’ll get back to where I was once. I’ve learned now that it’s time to take care of self and family.”
Linda Nelson says the experience has brought the couple closer. “I thank God for giving us another chance, another chance to love.”

Mattox credits a variety of factors for Leonard Nelson’s remarkable recovery. First, the hospital’s team of physicians and nurses have implemented the latest COVID-19 treatment protocols.
As part of his treatment, Nelson received a transfusion of convalescent plasma – a blood product rich in COVID-19 antibodies because it was donated by someone who has recovered from the virus. And Leonard Nelson was placed on remdesivir, a medication that has shown promise in treating COVID-19. 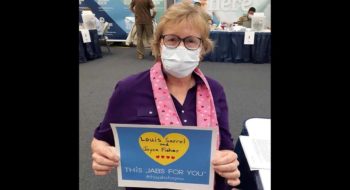 END_OF_DOCUMENT_TOKEN_TO_BE_REPLACED

Mattox says the Nelson family’s faith also saw them through the ordeal.
“The Nelsons aren’t shy about expressing their religious faith,” he says. “As health care workers, we incorporate that into people’s care. It’s the right thing to do.
“We would take the phone to his bedside and let his family members speak to him. We know he’s a man of faith, and they prayed with him. I feel like that contributed a lot to his positive outcome.”
Mattox says even if family members can’t be at the bedside in person, just hearing their voices provides comfort and reassurance to critically ill patients.

“We feel like hearing is probably one of the senses that remain intact (when a patient is sedated),” he says. “The patient may not recall the discussion, but we certainly believe they can hear it. We feel that voice in that particular moment provides them with some reassurance and some calming.”
And in a way, the Nelsons took care of the critical care staff, says Mattox.
“As health care providers, this pandemic has been very difficult. We still don’t know the full human cost, so we need to celebrate each and every victory. As we get better and we learn more, we will see more of these, I hope. For now, getting to give this man back to his family and back to his community is enough.”
For his part, Leonard Nelson says he will forever be grateful for the care he received.
“I would like to say to the doctors, the nurses and the staff and all who took a part in caring for me, I thank you for a job well done,” he says. “You went beyond the call of duty.”