What you should know: At-home DNA testing for breast cancer risk

What you should know: At-home DNA testing for breast cancer risk 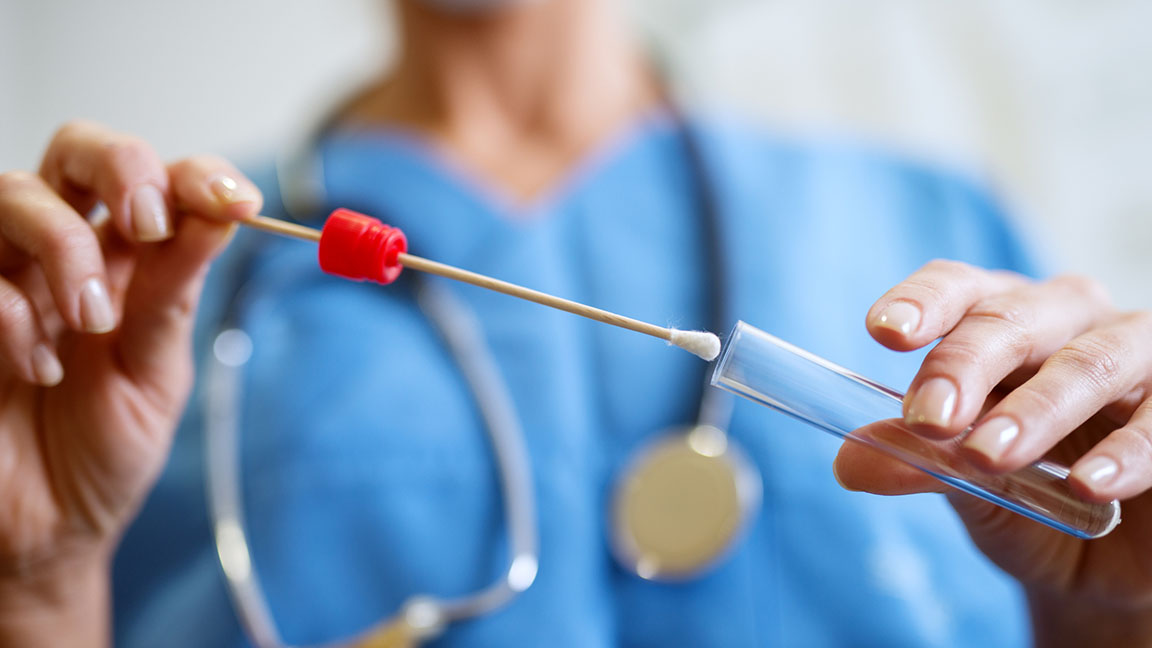 The Food and Drug Administration has authorized a company to offer the first direct-to-consumer tests for certain DNA mutations associated with breast, ovarian and prostate cancer, but the FDA, the company and a local physician warn the tests are limited in scope.
On March 6, the FDA authorized 23andMe to offer direct-to-consumer testing for three BRCA1 and BRCA2 mutations. It’s the first direct-to-consumer test for mutations of the genes, but only examines three specific variants most common among people of Ashkenazi (Eastern European) Jewish descent, the FDA says.
The test analyzes DNA from a self-collected saliva sample. The resulting report describes whether a woman is at increased risk of developing breast or ovarian cancer, and whether a man is at increased risk of developing breast or prostate cancer.
Although a positive test result means the consumer is at an increased risk of cancer, “a negative test does not mean someone is not at increased risk,” says Dr. Angela Mislowsky, a veteran breast surgeon with Tidelands Health Breast Center.
“This only tests three of more than 1,000 BRCA mutations linked to cancer,” Dr. Mislowsky says. “As a result, patients should not consider this a comprehensive test for the risk of cancer, especially breast cancer.”
Even among Ashkenazi Jewish people, a small subset of the general population, the likelihood of someone having one of the three BRCA mutations is small, according to the FDA. The mutations are present in about 2 percent of Ashkenazi Jewish women, and almost never (0-01. percent) in the rest of the population.
23andMe explained the new testing and its limitations in a March 6 email to customers of its Health and Ancestry service, a package that helps customers learn about their families’ origins and offers information about genetic conditions that can be passed on to children.
“Regardless of your ancestry, if you have one of these three variants, talk to your healthcare provider about next steps for you,” the email says. “While most cancers are not hereditary and our report will not diagnose cancer or rule out your chances of getting cancer, we believe providing information about these three variants could have a tremendous impact on many people’s lives.”
BRCA1 variants made the news in 2013 after actress Angelina Jolie, having undergone more rigorous testing, announced she’d had a preventative double mastectomy. Jolie, whose mother died of ovarian cancer in her 50s, said she was told she had an 87 percent chance of developing breast cancer. She later announced she also had her ovaries and fallopian tubes removed to reduce her risk of developing ovarian cancer.
Research shows approximately 5-10 percent of breast cancers are due to mutations in one of the 1000-plus BRCA genes, Dr. Mislowsky says. However, the overwhelming majority (90-95 percent) of cancer diagnoses are believed to be caused by lifestyle decisions, including smoking, obesity and hormone use, and other inherited and non-inherited factors.
The FDA has issued a statement that warns against using these 23andMe test results to make medical decisions and undergo treatment. The agency recommends those with the genetic mutation have the results confirmed by a physician.
“These tests can provide information that can be a building block for becoming healthier and being an advocate for your own health,” Dr. Mislowsky says. “However, they do not replace standard medical treatments and visits to your personal physician”
Mislowsky says people interested in more comprehensive BRCA gene testing than offered through 23andMe can consult with a physician or another qualified medical provider.