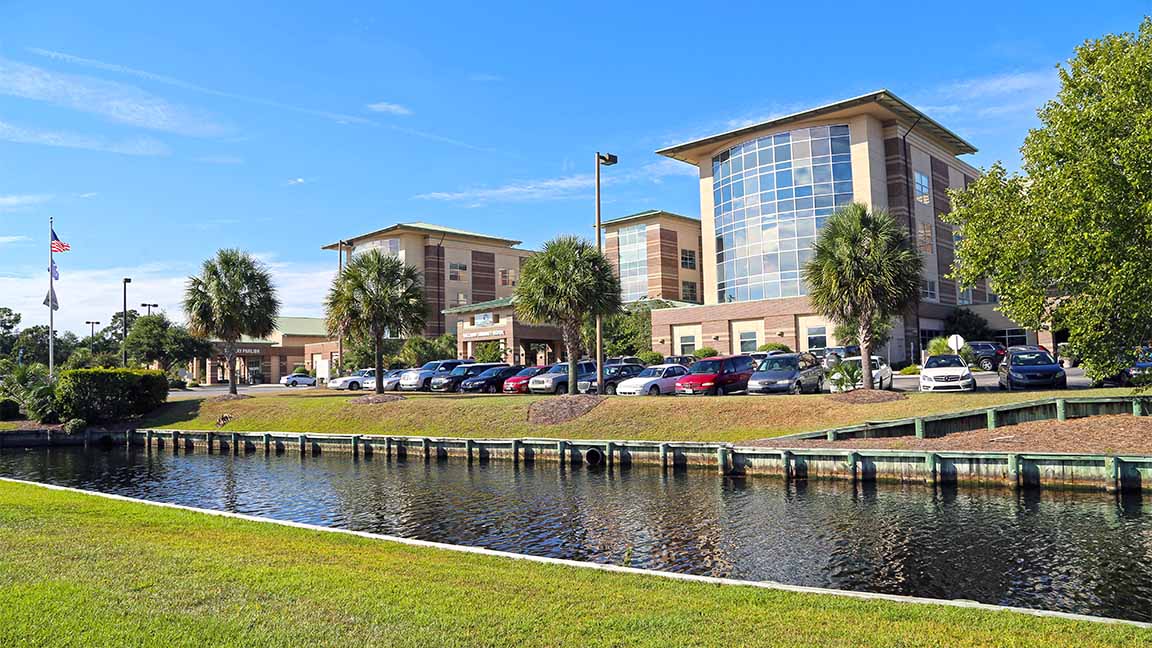 An outpouring of care and compassion enveloped a newborn baby girl surrendered at Tidelands Waccamaw Community Hospital last week.
The girl, known as Baby Doe, weighed 6 pounds, 4 ounces, when she became one of only a handful of children surrendered each year under South Carolina’s Daniel’s Law. Named after a baby who survived after being buried in a landfill, Daniel’s Law, which took effect in 2000, is meant to help prevent dangerous — and often fatal – infant abandonments. Children up to 60 days old can be legally surrendered in designated locations such as hospitals, hospital outpatient locations, police stations, fire stations, EMS stations and houses of worship (when staffed).
Beth Marion, director of women and children’s services at Tidelands Health, said the hospital team wasn’t expecting a child to be dropped off Wednesday, but clinicians immediately began caring for the baby as a member of the hospital family.
“The decision to surrender a child can be heartbreaking,” Marion said. “We may never know the circumstances behind a child’s surrender, but our job is to embrace the decision and provide the best care for the child.”
In such situations, the hospital team feeds the baby and makes sure his or her medical needs are addressed. But, recognizing that a baby also has innate emotional needs, the health system’s team members cuddle and rock the child, too.
Often a child will be in the hospital’s care for several days, even after the state Department of Social Services takes custody in preparation for placement within the community.
“We really come together to care and support the baby,” Marion said. “Our goal is to provide everything the newborn might need.”
She said the health system is proud to serve as a safe haven where a mother in crisis can feel comfortable surrendering a baby.
“We look at it as part of our service to the community,” she said. “By serving as a safe haven, we can help save lives by giving mothers an option to safely surrender a child instead of abandoning a baby somewhere else.”