Hurricane Florence: Preparing for the worst

Hurricane Florence: Preparing for the worst 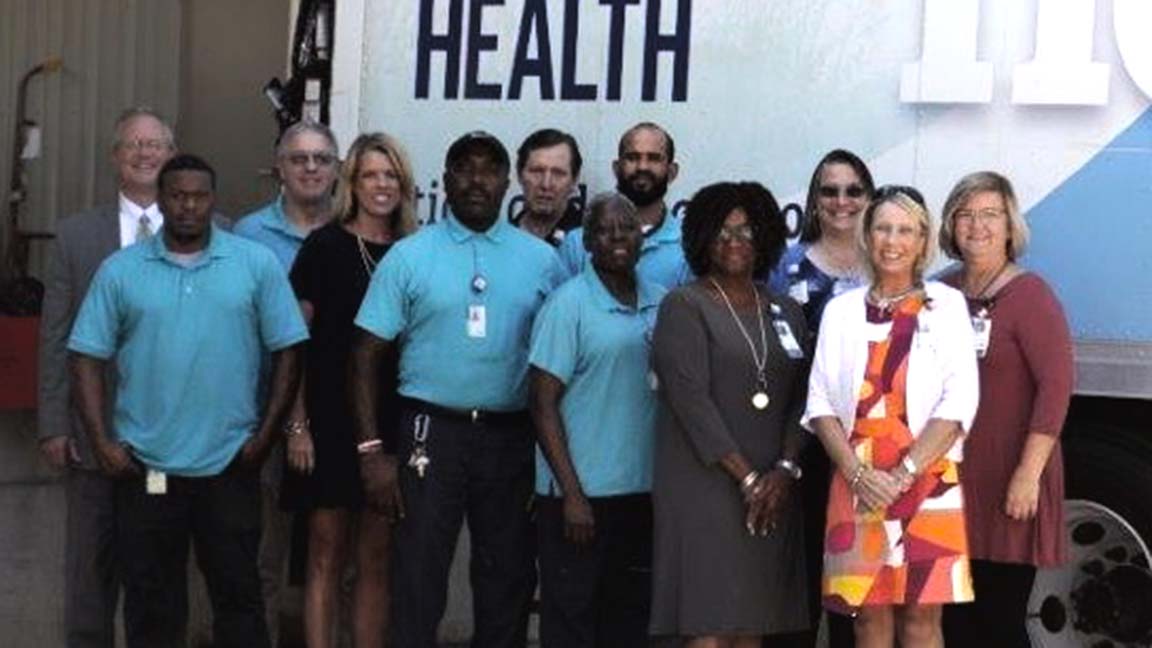 There was, if nothing else, at least a growing sense of clarity.
For days, the team at Tidelands Health had been charting unfamiliar territory. Earlier in the week, with Hurricane Florence forecast as a powerful Category 4 storm, the state had ordered an evacuation of Tidelands Health hospital patients for the first time in the health system’s nearly 70-year history.
By Friday afternoon, with nearly all patients relocated to other hospitals and a weakened – but still menacing – Hurricane Florence bearing down on the region, the path forward began to take more shape. The region was by no means removed from danger, but the storm’s arrival at least relieved some of the uncertainty that accompanied the previous days’ teeter-totter forecasts.
And then news came about the flooding. By now, there was broad recognition within Tidelands Health, the region and across the nation that Hurricane Florence would drop historic amounts of rain and cause widespread flooding.
But this news was jarring. Officials for the first time raised concern that flooding could be so severe as to block all roads leading to the Waccamaw Neck – home to Tidelands Waccamaw Community Hospital – for upward of 12 days.

"We took the position it was time to play offense and not defense."

The hospital, like all the businesses and residents of the Waccamaw Neck, would be on an island – isolated from the world without any roads to carry food, water, medical supplies, fuel and other provisions into the area. Although concerns about that worst-case scenario have now subsided, that wasn’t the case late last week.
“There was very little time to think about what to do or not to do and the corresponding consequences,” said Gary Metcalfe, vice president of supply chain and support services for Tidelands Health. “We took the position it was time to play offense and not defense.”

Planning for the worst, Metcalfe and his team immediately began working to acquire enough supplies to support the hospital.
“The objective was to not have any reliability issues with our supply chain,” Metcalfe said. “It was to essentially be a self-sustaining supply chain.”
Partnerships were key.
For many years, Tidelands Health has teamed with Ohio-based Cardinal Health for medical supplies and medications. At 4 p.m. on Friday, Metcalfe’s team reached out to Cardinal Health to explain the situation.
The health system ordered a month’s worth of medical supplies and a week’s worth of medications, with plans to air-drop more supplies if necessary.
The process to deliver the medications was fairly straightforward; they arrived by approximately 8 p.m. on Saturday, Metcalfe said.
But that wasn’t the case with the medical supplies – the IV fluids, bandages, syringes and other necessities the hospital would need to care for the community. Normally, those supplies would ship from a warehouse in Charlotte, but it was in the path of the storm and lost power that afternoon as Cardinal Health team members were on the phone discussing how to fulfill the health system’s request.
Instead, the shipment came from a warehouse in Atlanta, said Kattrina Richardson, director of strategic accounts for Cardinal Health.
“We made a decision within Cardinal to make sure we could get product to Tidelands and to make sure our drivers were safe,” she said. “We were really concerned if something changed or conditions worsened – we didn’t want to put anyone in a situation where we couldn’t get product to Tidelands.”
The team at Cardinal Health’s Atlanta warehouse worked until the early hours of Saturday morning to fill the health system’s order. By 3:26 a.m., less than 12 hours after the heatlh system reached out, crews had packed nearly 50 pallets of supplies into two 53-foot tractor-trailers.
By 4:45 a.m., three drivers – none previously scheduled to work – had arrived and set off for the coast. 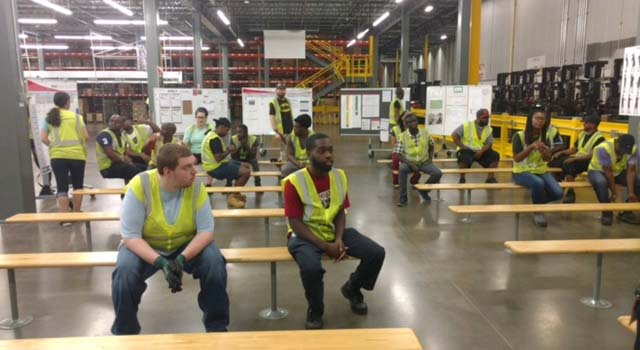 It wouldn’t be a standard delivery.
None of the three Atlanta-based drivers had experience delivering to Tidelands Health, so Cardinal dispatched two drivers familiar with the route from Charlotte.
They took the helm of one of the supply-laden trucks from Atlanta and led the trip after the two teams coalesced Saturday morning in Columbia. Every two hours, the drivers texted colleagues at Cardinal Health to let them know they were safe and update them on the status of the trip.
They made it to the Tidelands region at about noon on Saturday, less than 24 hours after the order for supplies was placed.
“We unloaded those two tractor-trailers in about 20 minutes,” Metcalfe said. “It was extremely fast – everyone on our team and from Cardinal worked together so the drivers could head back to Atlanta as soon as possible to get away from the storm.” 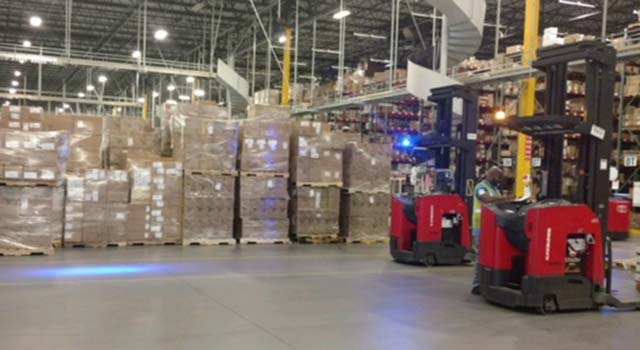 In total, Richardson said several dozen people from Cardinal were involved in getting the medical supplies to the health system so quickly. She’s planning to take the crew from the Atlanta warehouse out to dinner to recognize their commitment.
“We’re really proud of the way the team in Atlanta responded,” she said. “They couldn’t have been more gracious.”
Fortunately, although flooding continues to impact some parts of the region, concerns about isolation of the Waccamaw Neck have receded. Even so, that doesn’t lessen the importance of the tremendous work performed in getting the extra supplies to the health system so fast, Metcalfe said.
It’s strong relationships with partners such as Cardinal Health, first responders, emergency management officials and other health care providers and organizations that allow the health system to effectively serve the community both during emergencies and on a day-to-day basis, Metcalfe said.
“We’re really fortunate at Tidelands Health to benefit from an incredible team of partners,” he said. “There’s a shared recognition we are strongest when we stand together.”

123 Views
Tags
Safety
Sign me up for email updates