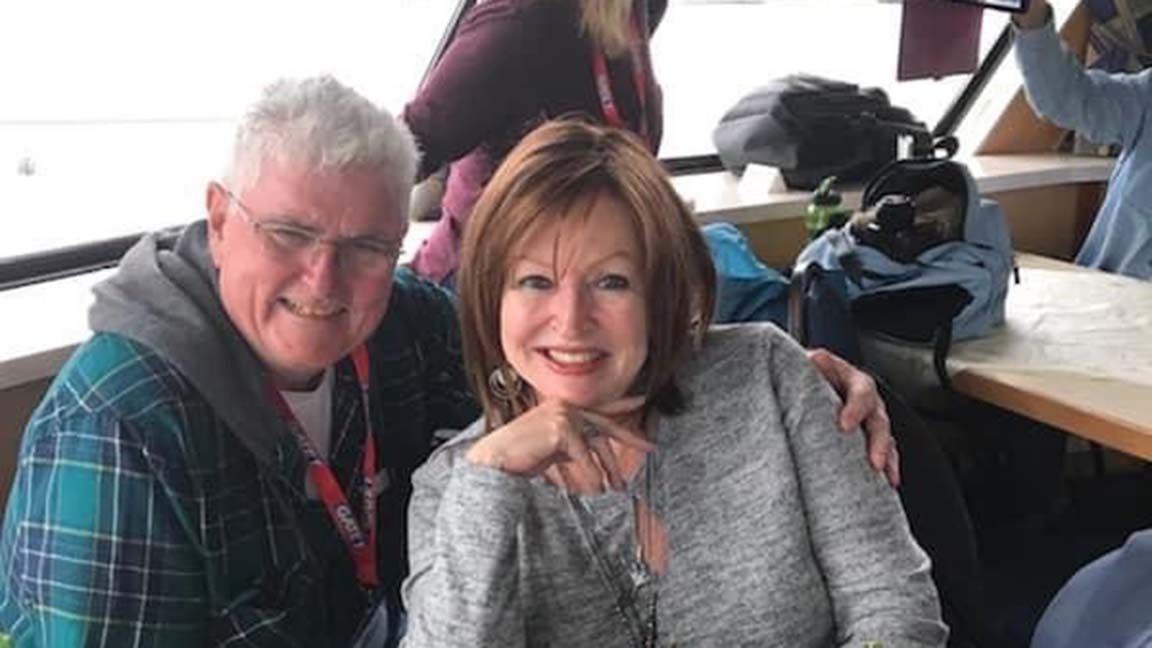 Charles and Diane Costello both became ill with the COVID-19 coronavirus, although Diane was able to safely recover at home.

Diane and Charles Costello came home with more than souvenirs and lifelong memories from their dream 40th anniversary trip overseas.
For months, the Murrells Inlet couple had been looking forward to celebrating their May 17th anniversary by taking a trip with friends in early March to Germany, Austria and Switzerland.
All went as planned, except on the way back they became separated from their friends and had to take different flights home. Somewhere along the way, Diane says, is when she’s reasonably confident her husband was infected with the COVID-19 coronavirus. 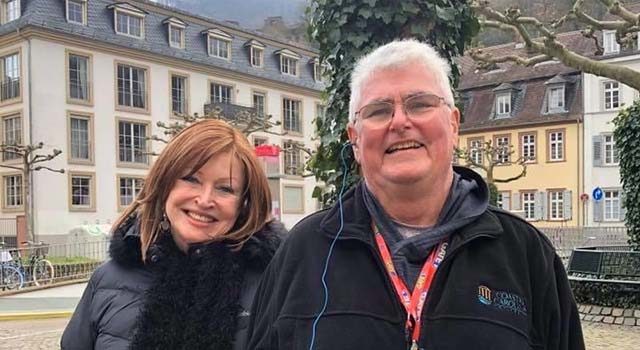 The Costellos enjoyed the trip of a lifetime to Austria, Germany and Switzerland before both becoming ill with the COVID-19 coronavirus.

“None of our other friends on the trip got sick,” she says. “That’s why I think he must have gotten it on our way back.”
Soon, Charles, 66, began experiencing the first symptoms of the disease, and within two weeks he was fighting for his life on a ventilator in a medically induced coma at Tidelands Waccamaw Community Hospital. Diane, who is at high risk for complications from COVID-19 because of an immune system disorder, also became infected with the disease and self-isolated at home, concerned she would follow in her husband’s footsteps.
“It was hard being so sick with no one to take care of you,” she says. “The most emotional part was not knowing if I was going to lose him.”

Charles’ first trip to the hospital came a week after the couple’s return from overseas.
He was evaluated at Tidelands Waccamaw, but his symptoms didn’t warrant hospitalization. He was tested for COVID-19 and sent home to self-quarantine until the results came back. Most people who are infected with the virus can safely recover at home, and Charles hadn’t yet experienced a fever or shortness of breath – two hallmark signs of a COVID-19 infection. 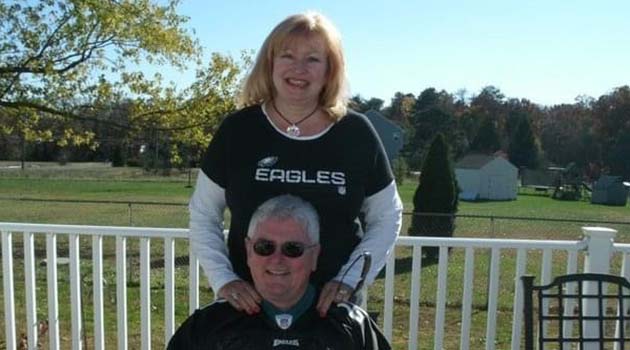 The Costellos will celebrate 40 years of happy marriage on May 17th.

News a few days later of a positive test result coupled with worsening symptoms raised concern among both Charles and Diane, who had been caring for her husband. By then, she was also starting to feel ill, a major concern given that she has common variable immune deficiency, which makes her at high risk for complications from the illness.
“I’m immunocompromised,” she says. “I would be the one everyone would have expected to be in bad condition.”
Charles, too, became increasingly worried, especially as his difficulty breathing increased.
“I was terrified,” he says. “All you were hearing about was the coronavirus, and I tested positive for it.”

By midday on Thursday, March 26, Charles again found himself in an ambulance on his way to Tidelands Waccamaw, where he was admitted for care. On Friday, his condition rapidly deteriorated, and he began suffering from severe hypoxia despite receiving supplemental oxygen.
To save his life, his care team at Tidelands Waccamaw intubated Charles, put him on a mechanical ventilator to breathe and induced a coma, says Dr. Desmond Young, a Tidelands Health critical care and pulmonary specialist and one of several physicians who led his care.
“His lungs were filling up with virus and inflammation to the point he was not getting enough oxygen, even with advanced supplemented oxygenation,” Dr. Young says. “Without mechanical ventilator support, he would have died.” 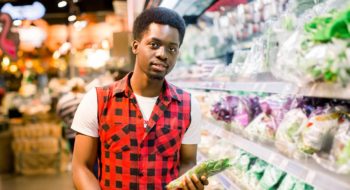 END_OF_DOCUMENT_TOKEN_TO_BE_REPLACED

Charles received hydroxychloroquine and Zithromax, which are both medications under investigation for the treatment of COVID-19 in seriously ill patients. In addition, he received intensive vitamin C therapy as well as other forms of advanced care and monitoring.
For a week, Charles remained in a medically induced coma, and it wasn’t clear if he would survive.
“It was touch and go from the beginning,” Dr. Young says. “There were times where his chances of dying were far greater than his chances of survival.
“It took a coordinated medical team and around-the-clock intensive care to give him the opportunity to recover. A lot of people were involved – physicians, nurses, respiratory therapists, pharmacists, EMS and more.”

A turn for the better

Over time, Charles began improving. Testing showed his lungs began transferring more and more oxygen into his bloodstream, an important sign of improved lung function. On Saturday, April 4, Diane got the call that her husband had been taken off the ventilator and was breathing on his own.
“I cried like a baby – tears of joy,” Diane says. “It was probably one of the happiest phone calls I’ve ever gotten.” 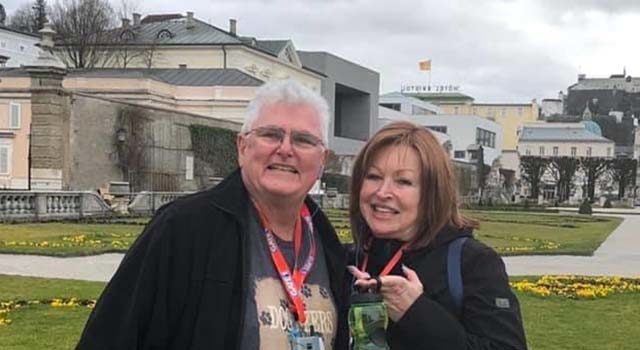 Charles says he doesn’t remember much from waking up but says he feels fortunate to have survived. He credits the care he received and the many prayers that came his way with helping him overcome the disease.
“You have to take it seriously,” he says. “I’m lucky – I survived it. But not everyone comes through it.
“Coming to this hospital is probably the best thing I could have done. I received really good care here.”

For her part, Diane remains at home, and her condition is slowly improving. Once things get back to normal, she’s planning to spend more time focusing on her husband and less time on other activities.
Charles is expected to be discharged from the hospital within the next several days. Although not out of the woods yet, Dr. Young says he’s optimistic Charles will make a complete recovery.
“Once we both feel better, I just want to appreciate life a lot more,” Diane says. “You lose sight of that sometimes – it’s easy to take each other for granted a little bit.
“We’re just going to take the time to smell the roses.”