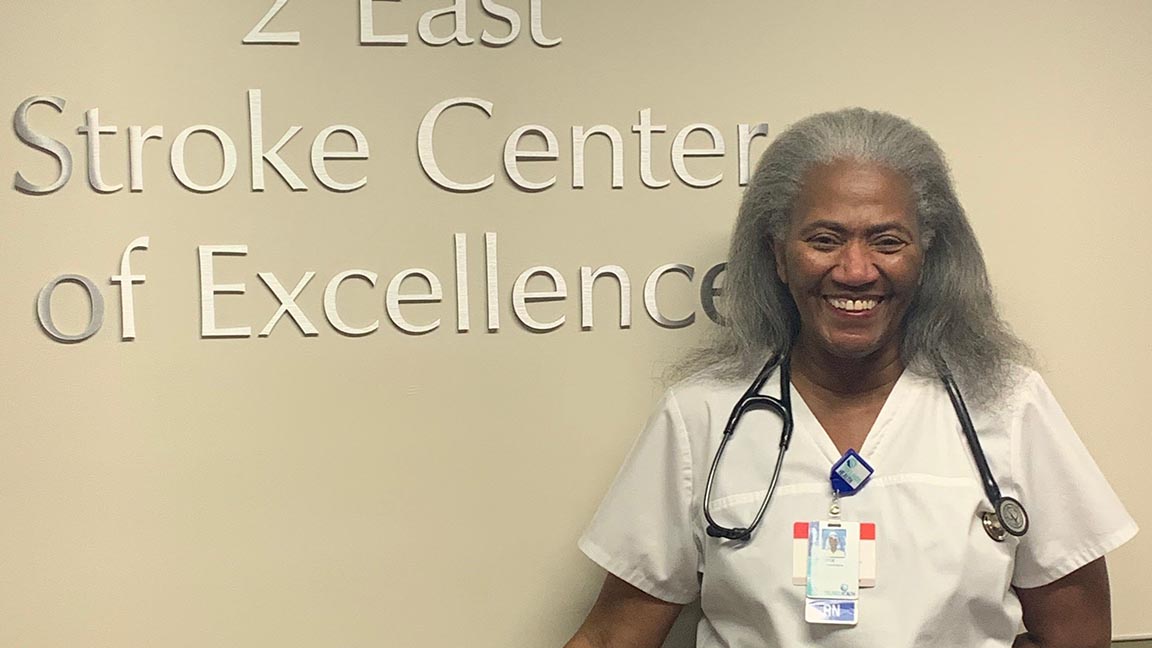 Joyce Mack, who has worked on 2 East at Tidelands Georgetown Memorial Hospital for more than 30 years, was recently recognized by JetBlue as one of the airline's national Healthcare Heroes.

The longtime loyalty and exemplary work of a nurse at Tidelands Georgetown Memorial Hospital has earned her the honor of being named a health care hero in a national contest – and free airline tickets for a much-needed vacation.
Joyce Mack – who has worked on 2 East at the hospital for more than 30 years – impressed JetBlue airline, which named Mack one of its national Healthcare Heroes. The program rewarded 100,000 health care workers for their essential work during the COVID-19 pandemic by gifting them each a pair of airline vouchers to travel anywhere the airline flies – once it’s safe to do so.
“At first I didn’t believe her because I never win anything,” Mack says of the call she received notifying her that she’d won. “I was ecstatic.”
Mack caught the eye of the airline thanks to a glowing nomination by Amanda McVicker, nursing director on 2 East, who works closely with Mack.
“Joyce Mack is the backbone of our hospital,” McVicker wrote in the nomination to JetBlue. “We joke, ‘She was here when the first brick was laid.’ She is the epitome of ‘old-school nurse.’
“I seriously have no idea how our unit will function when she retires. No more deserving nurse I’ve ever known.”

Mack wears her unofficial title as “old-school nurse” proudly. It not only demonstrates her years of experience but also reminds her of a value system she was taught early on and still practices today: treat everyone (patients, their family members, team members) the way you would want to be treated. 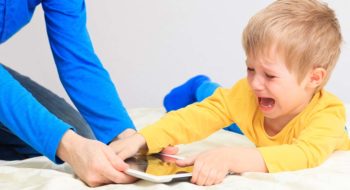 A new parenting challenge: managing screen time in a pandemic

END_OF_DOCUMENT_TOKEN_TO_BE_REPLACED

It’s not only that philosophy that causes Mack to stand out but also the respect she’s earned through the years and her work ethic.
“Her dedication to our unit and our patients is something to behold,” McVicker says. “Joyce Mack just goes above and beyond.
“She is just one of those employees who couldn’t be replaced. She is just one of a kind.”
Mack’s co-workers look to her as a leader who sets an example by holding herself – and everyone around her – to high standards.
“She has a way with holding the staff accountable and being respectful at the same time. Everybody respects Joyce Mack,” McVicker says. “She sets the bar high for what she gives as a nurse and what she expects from people around her.”

And that’s why the team has rallied around Mack to celebrate her national recognition as a JetBlue Healthcare Hero. Now, the tough question – where will she go?
Mack and her husband are still weighing the options. Mack loves to travel – she’s been to Paris, Jamaica, the Bahamas, New Orleans and more – but she hasn’t had a true vacation getaway for three years. She’s definitely ready for one – once she feels comfortable traveling following COVID-19 cautions.
“I’m excited,” Mack says. “I just have to find a safe place.”