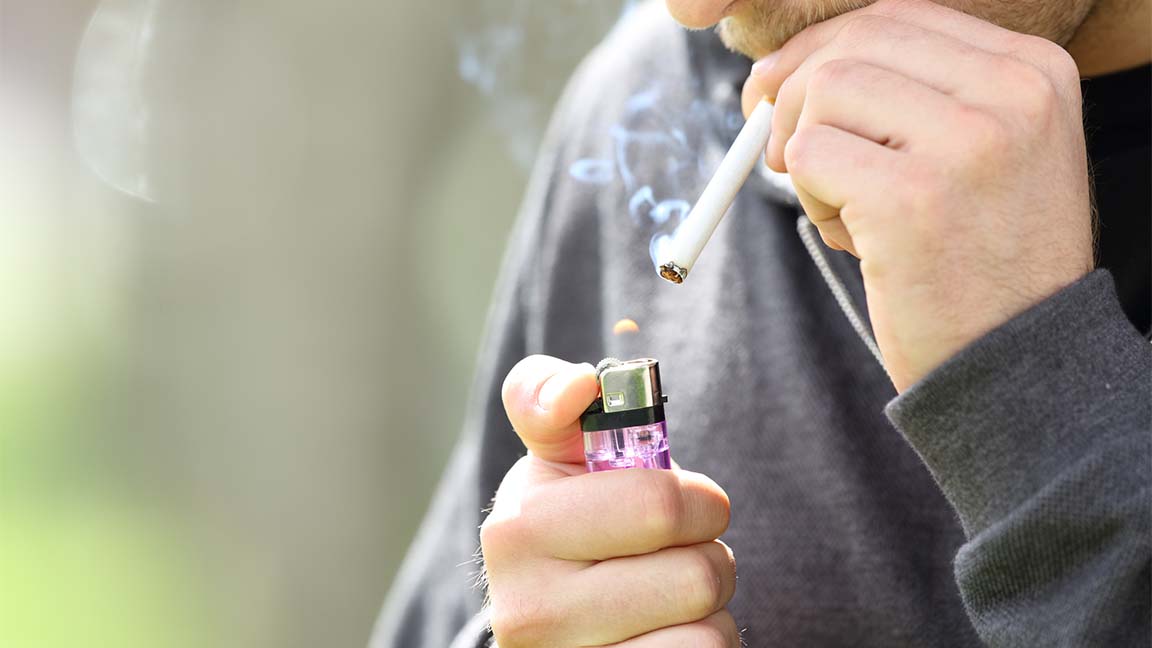 Man lights a cigarette to smoke.

Dr. Matthew McLaughlin has heard it many times before.
“I only smoke socially.”
“I smoke, but not every day.”
“It’s just a few cigarettes every once in a while.”
Some people believe that because they don’t smoke regularly or heavily, their behavior doesn’t pose a significant health risk. But according to McLaughlin, who specializes in pulmonary medicine, even occasional smoking can be bad news.
“While it might seem like there’s little risk in light smoking, no amount of smoking is safe,” explains the Tidelands Health physician. “There are potential health consequences to smoking, even occasional smoking, especially if you do so over many years.”
Still, the myth that “social” or “light” smoking is somehow risk free continues to linger.
Indeed, while government data suggests that the number of daily smokers has decreased dramatically over the past few decades, “occasional” smoking remains prevalent, especially among younger Americans. The Centers for Disease Control reports that more than 3,200 young people take up smoking every single day; just as troubling, 2,100 people who had been occasional smokers become daily smokers every single day, too.
But even for those remain only occasional smokers, the risks are real–and potentially deadly, according to a recent study. The research, presented at the 2018 American Thoracic Society International Conference, followed 3,000 individuals over the course of 30 years, some of whom were smokers, some whom were light smokers and some of whom were heavy smokers who had quit.
While one key finding–the fact that current heavy smokers had the highest risk of lung disease–was hardly a surprise, another major takeaway: Light smokers, researchers found, had a higher risk for lung disease than heavy smokers who had quit.
That research builds on existing work that shows light smokers also put themselves at increased risk for conditions such emphysema and chronic obstructive pulmonary disease, not to mention cancer, heart attack and stroke.
“Smoking in general carries a number of health risks,” says McLaughlin, who was not involved in the study. “Light smokers still fall in this category.”
In other words, McLaughlin says, the data is clear and unambiguous: There is no amount of smoking that doesn’t carry some risk; by extension, there is no amount of smoking that is OK.
“We know that even people exposed to just second-hand smoke can develop COPD, so light smoking still carries risks of lung disease,” he says. “The safest practice is to quit completely.”