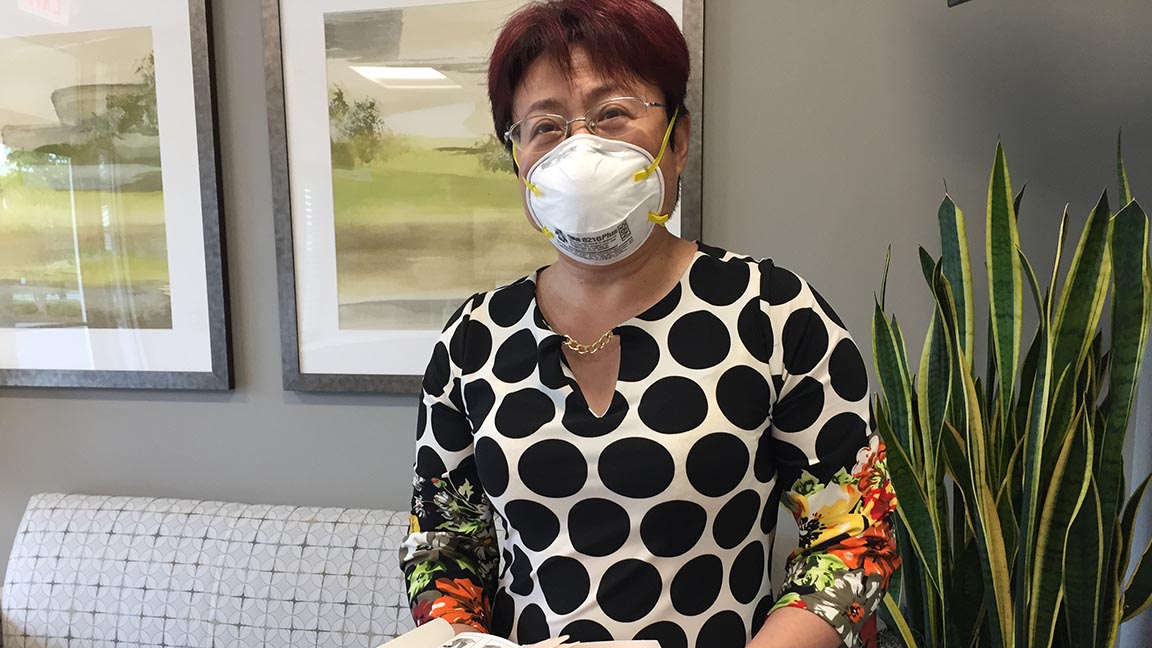 Talk about putting free time to good use.
Nearly every day over the past two weeks, Kaili Yang has followed a similar routine. In the morning, she has left her Myrtle Beach home for Murrells Inlet to pick up boxes of N95 respirators from Tidelands Health.
Each subsequent morning, after she and about a dozen volunteers have retrofitted the respirators with new elastic straps, she has returned the completed N95s and picked up more boxes. Then she and her team of volunteers – all on hiatus from their jobs at Healthy Tai Chi Massage in Myrtle Beach due to the COVID-19 pandemic – have gone back to work.

Yang and her team are among more than 2,000 community volunteers who generously donated their time and sewing prowess to replace elastic straps on tens of thousands of never-used N95 respirators to help protect Tidelands Health caregivers and patients. The straps on the respirators, which are an important piece of personal protective equipment used by health care workers in the battle against COVID-19, had deteriorated while in storage since a previous public health emergency.
On Thursday, Yang dropped off the final 840 respirators of the nearly 3,000 units she and her colleagues retrofitted, bringing the health system’s N95 sewing initiative to a fitting – and extremely successful – close.
As a result of the community’s support, the health system’s supply of in-demand N95s has been extended by several weeks.

“We want everyone who participated in this effort to know how humbled and thankful we are for the help we have received– whether you were able to sew one box or dozens of them,” said Pam Maxwell, senior vice president and chief nursing officer for Tidelands Health. “To think that people would give of themselves so generously is truly heartwarming.”

Even before Yang dropped of the final batch of retrofitted respirators on Thursday, some of the units returned by community volunteers were in use by Tidelands Health caregivers. Each respirator undergoes a thorough quality control check and sterilization before being distributed to the health system’s team.
Yang said she felt compelled to help when she learned of the sewing initiative in a news story. Although she doesn’t have friends or relatives who work in health care, she understands the importance of the respirators to front-line care providers and patients.
“I wanted to help,” Yang says. “We want to keep the doctors and nurses safe.”