Why he teaches people to drive in a muscle car

Why he teaches people to drive in a muscle car 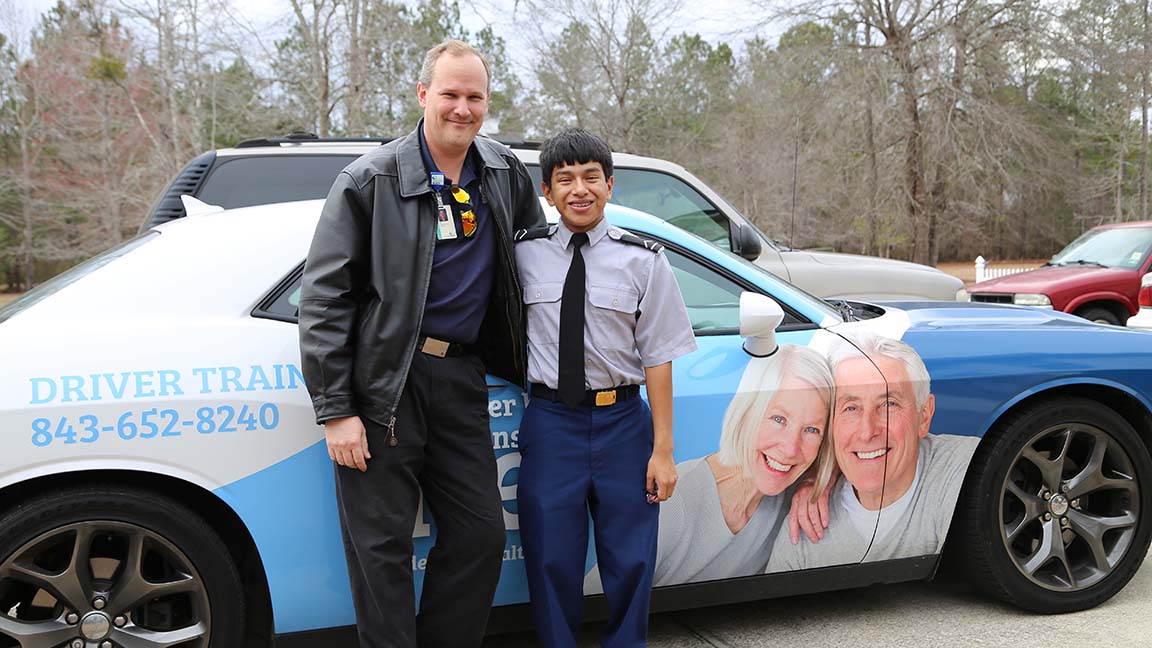 Jacob Bartlett, who has cerebral palsy, is among many people who have learned to drive in the 2015 Dodge Challenger used by the Tidelands Health driver rehabilitation program.

Ian McClure is accustomed to strange reactions when people realize he teaches people to drive in a 2015 Dodge Challenger.
“People look at the car and they say, ‘I wish my driver’s ed teacher had a car like that when I was learning to drive,’” says McClure, a certified driver rehabilitation specialist for Tidelands Health. In the role, he helps people facing challenges caused by age, injury, illness and other conditions learn how to safely and independently drive.
The powerful, 300-horsepower Challenger, wrapped in the familiar colors of Tidelands Health, may seem like an unlikely choice for McClure to use in his job, but that’s not the case, McClure says. It has larger doors that open wide and more readily allow a driver with physical limitations to get in and out.
Its benefits were recently featured in “The Drive,” a documentary produced by Tidelands Health that recounts the journeys of two young men, one born without arms and another with cerebral palsy, as they learn to drive.

McClure, one of only a few certified driver rehabilitation specialists in South Carolina, says sedans today are generally smaller and less accommodating to a person with physical limitations.
“It takes a lot of effort for someone in a wheelchair to get up into the driver’s seat and make a transfer into a car,” he says.
Only the Challenger and a Cadillac model have large doors that open widely enough to makes it easy for a driver to get in and out, he notes. The Challenger was the best choice to purchase; it has enough space for a driver to move a manual wheelchair into the car unassisted.
The driver can lean from the driver’s seat, remove the wheels from a manual wheelchair, fold it and place it in the passenger’s seat.
“Having enough space between the steering wheel and the driver’s chest is critical for putting the wheel chair in the passenger seat,” he says.
While the Challenger may draw attention from people who remember their driver’s ed cars as dull, neutral-hued vehicles, it has something in common with those cars: a passenger-side brake McClure can press whenever he feels the need.
“The passenger brake gets a workout,” he says. “That’s no different than it is for any other driving instructor.”