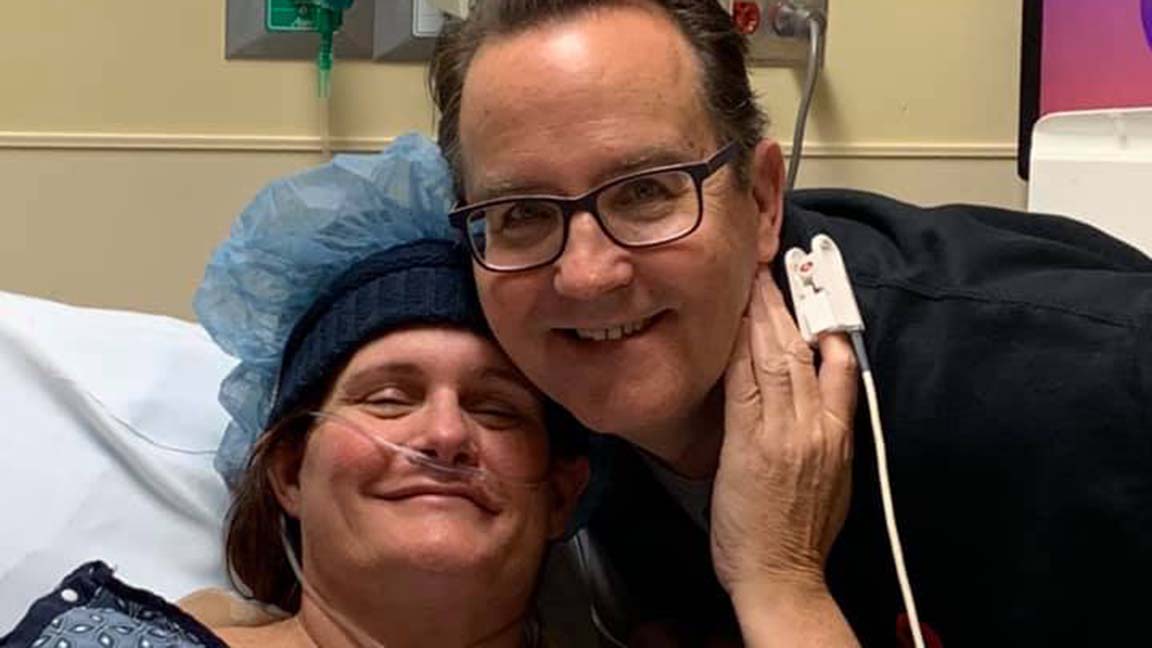 Even after her annual mammogram revealed something suspicious, Holly Fesperman wasn’t terribly concerned. She’d been called back for further testing a few times before for questionable results only for additional tests to confirm benign fibroids.
This time, however, additional testing revealed something much more ominous. After an MRI, biopsies and additional mammography, her diagnosis was confirmed. The Carvers Bay High School teacher, 52, had cancer in not just one, but both breasts and each was a different type of cancer, one more aggressive than the other.
“It was one of the most surreal moments,” says Fesperman, a mother of two, about learning her diagnosis. “Unfortunately, it was not the news we wanted. At that point, I thought, ‘I’m dead.’ I knew I was dying.
“My emotions were everywhere. You just think about the people you love. And all I could think about was my kids.”
Fesperman’s husband, Eddie, was with her when Dr. Angela Mislowsky, her breast cancer surgeon with Tidelands Health Breast Center, our region’s only surgical practice dedicated solely to breast health, delivered the news on Nov. 20.
“We do have a handful of patients that develop cancer in each breast, and sometimes they present like Holly did with two totally different types of breast cancer,” Dr. Mislowsky says.
Together, they discussed treatment options and next steps, and “we hit the ground running,” Fesperman says.

The Georgetown resident opted for a double mastectomy rather than lumpectomies, which would typically be followed by radiation and chemotherapy. With a double mastectomy, she would not need those additional treatments unless the cancer had spread.
The holiday season leading up to her Dec. 31 surgery was emotionally fraught. Fesperman was grateful for the opportunity to enjoy Thanksgiving and Christmas with her children, Hannah, 20, and Elijah, 14, but was distracted by what was coming. 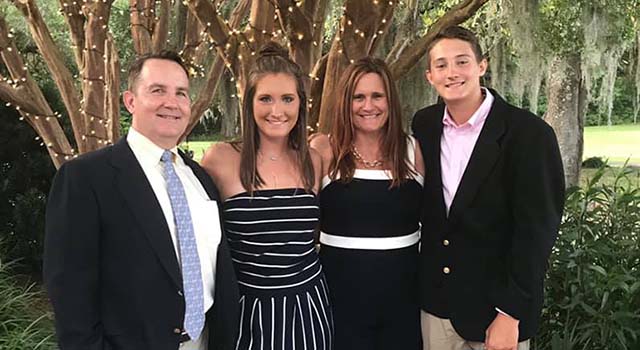 Holly Fesperman couldn’t help but think of her children, Hannah, 20, and Elijah, 14, after learning she had cancer in both breasts.

“The waiting is the worst,” she says. “You realize your life goes on. I was a wife, a mom, a teacher.”
In addition to her family’s support and encouragement, she credits nurse Sabrina Johnson, a Tidelands Health cancer care navigator, with helping her stay hopeful and informed during those weeks before surgery. All patients who receive cancer care through the Tidelands Health Cancer Care Network, our region’s most comprehensive provider of cancer care and an affiliate of MUSC Health, can benefit from the help of cancer care navigators, who provide education, care coordination and support.
“She immediately texted me right after I got the news,” Fesperman says. “She texted me day or night. She was unbelievable. And I did a lot of journaling just to keep my mind at peace.”
For weeks, Fesperman kept the news of her cancer quiet, sharing the details with only a few close friends and family. When misinformation began circulating about her prognosis, she asked a friend to share a bit about her situation on social media and ask for prayer.
“Within 15 minutes, there was already a meal plan in place,” she says. “That’s when I realized this is not something I have to hide.” 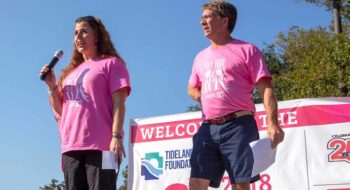 From MIT to medicine: The story of Dr. Angela Mislowsky

END_OF_DOCUMENT_TOKEN_TO_BE_REPLACED

While others were gearing up for New Year’s Eve celebrations, Fesperman was headed to Tidelands Waccamaw Community Hospital to have both breasts removed. She worried the cancer had spread and feared facing chemotherapy and radiation treatments. Through it all, Eddie Fesperman stayed by her side, reassuring her they’d get through it together no matter what lay ahead.
“He was just incredible,” she says about her husband of 29 years.
Four days after her surgery, Fesperman got some of the best news she’d heard in a long time. The cancer had not spread into her lymph nodes or surrounding tissue.
“I fell over with joy,” she exclaimed.

'Moving on with my life'

Because the cancer had not spread and genetic testing revealed she was not predisposed to other cancers, Fesperman did not need to undergo chemotherapy or radiation treatments. Tidelands Health oncologist Dr. Gretchen Meyer prescribed Tamoxifen, a breast cancer medication that Fesperman will take for at least five years.
“I was as fortunate as I could be in my situation,” she says. “This has really changed my outlook about things. So many little things you don’t realize how lucky you are, like being healthy enough to teach my class. A lot of things changed for the good.”

Fesperman checks in with Dr. Meyer every three months and Dr. Mislowsky every six months as part of her follow-up protocol. Does she worry the cancer will return?
“I do carry that with me every day,” she says. “But I am moving on with my life.”
The former marathon runner has resumed training and is preparing for a March race.
“It’s pretty ugly, I’m not gonna lie,” she says, laughing.

Now that she’s had time to reflect, Fesperman says she’s thankful for the small things she encountered during her experience, such as the encouraging texts from Johnson, the neck and arm pillow made by a church group and the prayer groups that met on her behalf.
“There’s no way to thank everyone who touched my life,” she says. “When I walked out the day I got the news, my medical team had arranged everything from my appointments to my surgeries. I didn’t have to worry about any of the details. I just went on autopilot.”

"Thank God I didn’t miss that mammogram. I feel very fortunate to be where I am right now."

That’s part of the broad range support that cancer care patients receive through the health system’s cancer care network, Dr. Mislowsky says.
“We want to make the process as easy as we can for our patients,” Dr. Mislowsky says. “Once we’ve developed a treatment plan with the patient, we take it from there so that our patients can focus on themselves.”
She says Fesperman’s decision to maintain a regular schedule of mammograms was critical in catching the cancers before they spread. The screenings should be part of every woman’s preventative care regimen whether or not the woman has a family history of the disease.
“Most breast cancers are caused by factors other than genetics,” Dr. Mislowsky says. “It can happen to anybody.”
Looking back, Fesperman says it would have been so easy to have just skipped the mammogram that led to her diagnosis. She was diligent about doing self-examinations and has no family history of breast cancer.
“Thank God I didn’t miss that mammogram,” she says. “It could have been so much worse. I feel very fortunate to be where I am right now.” 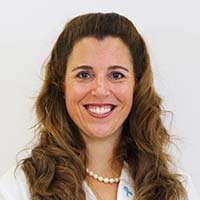 The Hospital of The University of Pennsylvania, Breast and Oncology Surgery