The dangers of mixing medications and alcohol

The dangers of mixing medications and alcohol 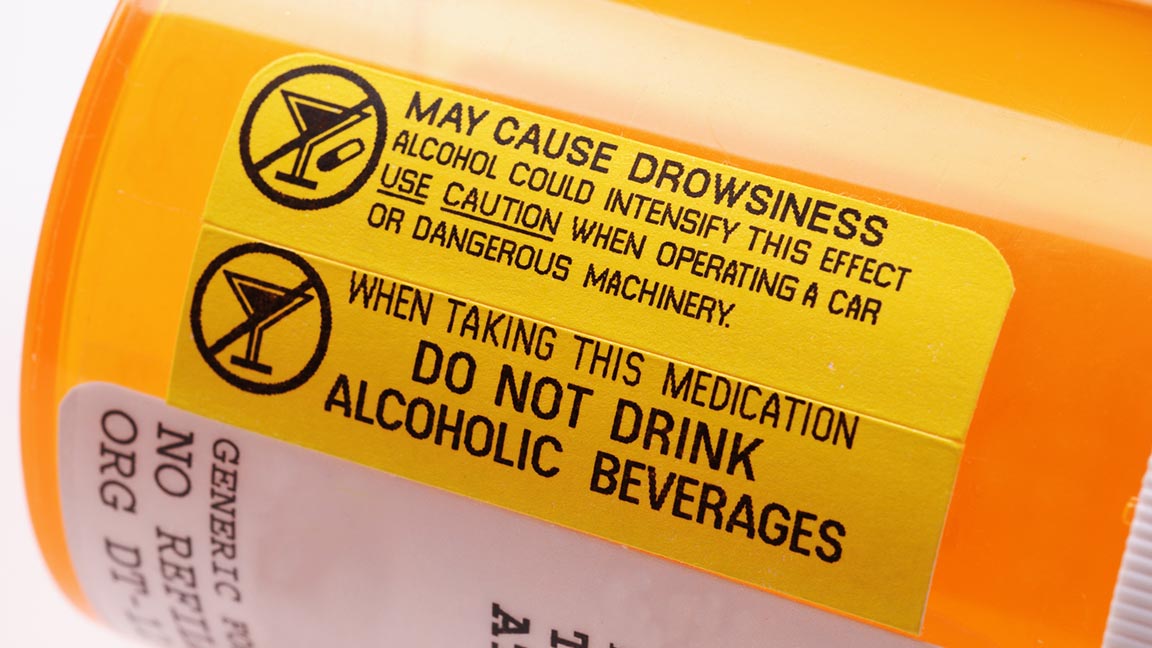 The saying goes, “Everything in moderation.”
But even a moderate amount of alcohol can be too much if you’re taking over-the-counter or prescription medicines that interact harmfully with alcohol, warns Darrell Willm, senior director of pharmacy services at Tidelands Health.
“Medicines that interact come with an alcohol warning, and there’s a reason for that,” Willm says. “When you see that warning, you shouldn’t be thinking, ‘Oh, a couple drinks won’t hurt.’”

The National Institute on Alcohol Abuse and Alcoholism lists dozens of common over-the-counter and prescription medications with harmful alcohol interactions, with reactions ranging from discomfort (such as dizziness) to life-threatening (such as stroke or heart attack).
The list includes the popular blood-thinner Coumadin, numerous high-blood-pressure and high-cholesterol medications and multiple medications taken for anxiety and depression.
Also listed are dozens of over-the-counter cold and allergy medicines that people might not suspect could react with alcohol, including Robitussin, Zyrtec, Zantac and numerous other cold or allergy medicines and heartburn pills. Also included are painkillers such as Advil and Tylenol.
“You might not need a prescription, but over-the-counter medications can still interact with alcohol,” Willm says. “Make sure to read the labels on your medications.”

Alcohol can act as either a stimulant or a depressant, depending on the amount consumed.
The effects of mixing alcohol with certain medicines aren’t always immediate or obvious, Willm says. Some are longer term, including liver damage. Others are immediate and potentially very dangerous.
Mixing alcohol with cold and flu medications can worsen the dizziness and drowsiness that are potential side effects of the medications, Willm says.
Dizziness and drowsiness are also possible for people who mix alcohol with any of several common pills for anxiety. They could also experience difficulty breathing, impaired motor control and unusual behavior.
“Driving or operating any type of machinery after one drink could be extremely dangerous,” Willm says.
Combined with certain byproducts found in beer and red wine, MAOIs taken for depression could cause serious heart-related problems, such as dangerously high blood pressure.
With side effects ranging from internal bleeding to heart attack, the safest course is to avoid alcohol altogether while taking certain medications, Wilm says.
“Talk to your doctor,” he says. “Be absolutely honest about how much alcohol you drink.”
In some cases, depending on the person and the medication, a doctor may say it’s OK to consume a limited amount of alcohol, Wilm says. But it’s important to have that discussion with your physician first.

123 Views
Tags
Safety
Sign me up for email updates