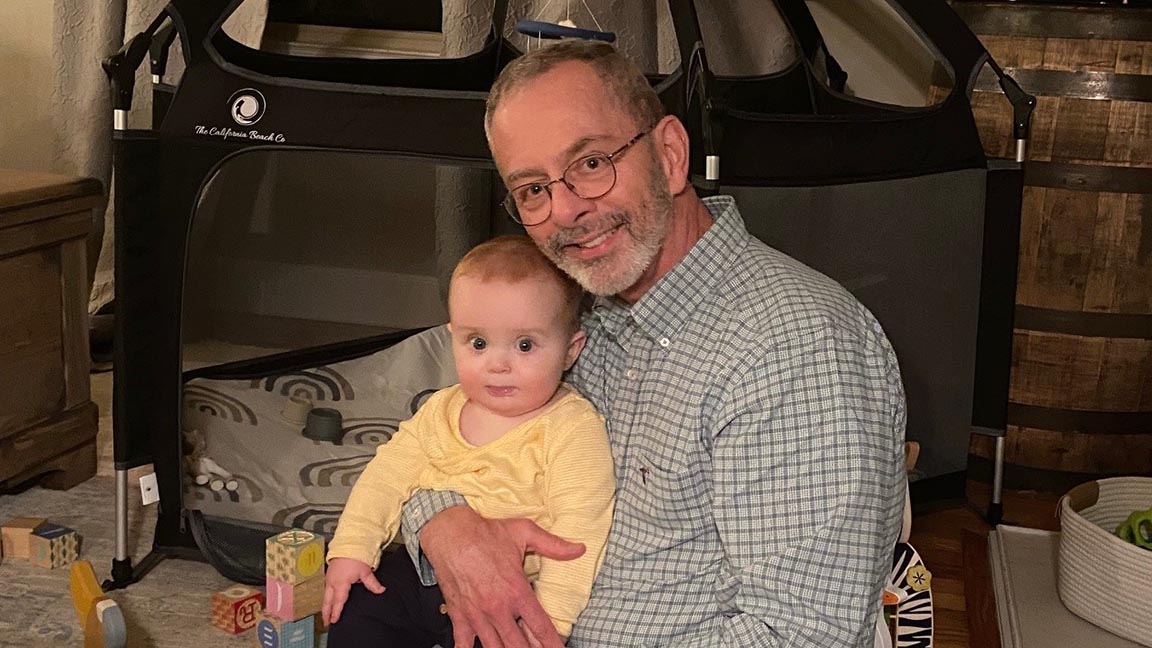 Tidelands Health emergency department physician Dr. Gene Mayeaux will get the "chance of a lifetime" to run in the Boston Marathon, an opportunity he is using to raise money for United Cerebral Palsy in honor of his only grandson, Benjamin, 1, who has a mild form of the condition.

Update: Dr. Mayeaux successfully completed the 126th Boston Marathon in honor of his grandson, Benjamin, and raised more than $7,000 for United Cerebral Palsy – exceeding his goal.

At first, Dr. Gene Mayeaux didn’t take the email seriously.
The message from his long-term-care insurance company, John Hancock, invited him to enter a contest to earn a highly coveted running spot in the 126th Boston Marathon. Dr. Mayeaux, who earned the insurance company’s platinum status for his active lifestyle as tracked through his Apple watch, could win a spot and run for the charity of his choice if selected by John Hancock, a longtime sponsor of the premier race.
“It came out of the blue,” he said. “I just blew it off. I didn’t think I’d ever get picked.”
But just two days before the deadline, Dr. Mayeaux figured he’d give it a shot. He filmed the required video — sharing that, if selected, he’d raise money for United Cerebral Palsy in honor of his only grandson, Benjamin, who turned 1 in February and has a mild form of the condition.
“He’s the reason I’m running,” said Dr. Mayeaux, a physician who has worked in the emergency departments at Tidelands Health for 25 years.
The heartfelt words in Dr. Mayeaux’s video and an impressive interview via Zoom earned him one of 50 spots in the venerable marathon.
It was time to dust off those once-retired marathon sneakers.

Runners can’t just register and run in the Boston Marathon. They must first qualify by completing another marathon on a certified course in a competitive time, which is based on age and gender. (Dr. Mayeaux would have had to run a marathon in three hours and 35 minutes to qualify.) Even if you hit that time, you aren’t guaranteed a spot. Each year, thousands apply but aren’t accepted into the race because it’s full. About 30,000 runners are expected to participate this year. For runners, winning a spot like Dr. Mayeaux did is like hitting the lottery.

“This is the biggest race I’ve ever done. It’s a chance of a lifetime,” Dr. Mayeaux said. “I would have never qualified by time. It really is a gift.”
Dr. William Richmond, a longtime colleague at Tidelands Health, said he wasn’t surprised that Dr. Mayeaux won a spot in the coveted race.
“If someone had said to me that one individual I know was to be selected and asked me to guess who it may be, I would have picked Dr. Mayeaux,” Dr. Richmond said. “I understand that it’s a great honor to be selected to run, but I have known Dr. Mayeaux for many years and have witnessed him contribute, in an outstanding manner, in many different arenas so I’m not too surprised that he was selected.”

Though he’s an avid runner, Dr. Mayeaux, 58, hasn’t run a full marathon in five years (he has logged several half marathons in recent years). He successfully completed four marathons and then retired his marathon sneakers – until now.
He ran his first marathon 10 years ago – also to honor a loved one. His run in the Omaha Marathon was for his wife, Patty, who had just been diagnosed with breast cancer (she survived and is doing well). 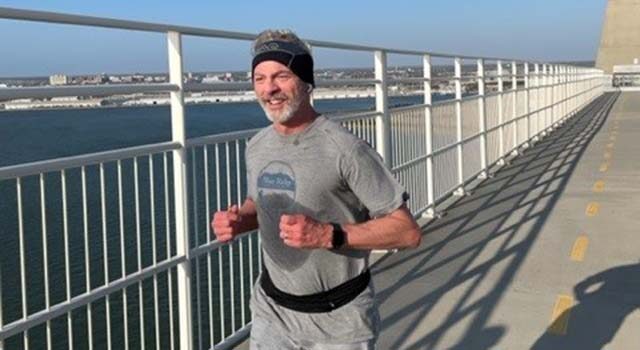 To train for the Boston Marathon, Dr. Mayeaux is running five days a week and has incorporated long runs of about 15 miles into his routine.

Now, little Benjamin is the inspiration for “Papa Gene” to run a marathon once again.
He has launched his fundraising campaign for United Cerebral Palsy and is determined to be ready for his longest race in nearly a decade.
Dr. Mayeaux learned he’d be running the marathon just two months before the April 18 race. His normal activity – tracked by his Apple watch – proved to John Hancock that he’s up to the challenge, but he immediately started training for the big race.

Family, friends and colleagues have rallied around the runner – from helping him submit the video entry to raising money for his charity to planning to cheer him on during the race.
“I’m not sure I know of an individual who, from a medical standpoint and as an individual dedicated to our community, has contributed more than Dr. Mayeaux,” Dr. Richmond said. “It’s a privilege to be able to support him in this venture, which clearly means so much to him.”
While his wife, Patty, will be watching at the finish line in Boston, Dr. Mayeaux’s son, Michael, daughter-in-law, Caitlin, and Benjamin – all of whom live in Kentucky – will run the last mile with him – virtually via Zoom.
“That way, they can be a part of it,” Dr. Mayeaux said. 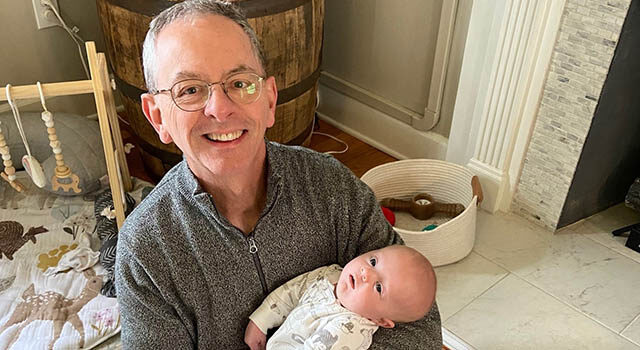 The family is ecstatic and proud of Dr. Mayeaux and the money he’s raising in honor of his only grandchild.
“It just means the world to us that Papa Gene would run the Boston Marathon in honor of Benjamin and to raise money for the United Cerebral Palsy foundation,” Caitlin Mayeaux said.
Dr. Mayeaux will proudly display a patch with Benjamin’s name on his officially supplied race shirt. While excited to participate in such an historic event, in the end, it’s all for the little one.
“My biggest goal is to finish it for Benjamin,” Dr. Mayeaux said. “God didn’t make me fast — he just made me determined.”