Find a care provider near you

Next Article
Find a care provider near you 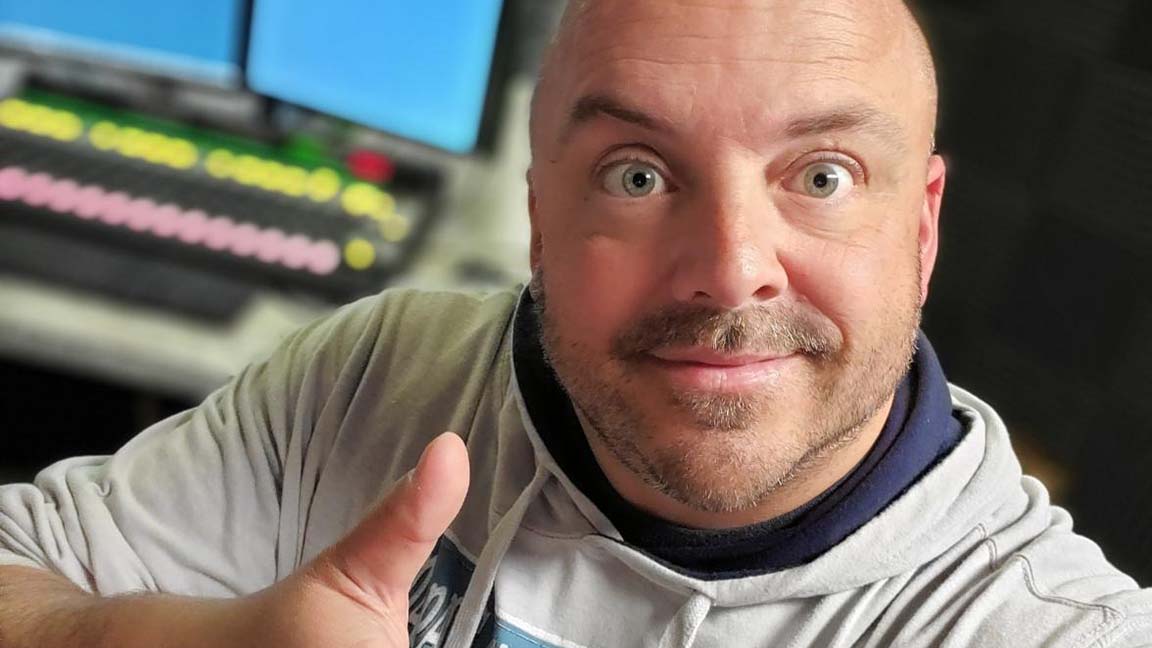 Jeff Benton, a sergeant with the Horry County Sheriff’s Office and popular radio host on country music station Gator 107.9, is back to his rigorous work schedule after finding relief from his swallowing problems and stomach pain.

For a year, Jeff Benton bent life around his difficulty swallowing.
The Murrells Inlet resident turned down friends’ invitations to lunch or dinner. He avoided eating while at work, then made up for it by overeating at dinner – a situation that only made his swallowing problem worse.
“Food, if it wasn’t chewed all the way, would hurt when it got down to my sternum area,” says Benton, a sergeant with the Horry County Sheriff’s Office and popular radio host on country music station Gator 107.9.
Even so, Benton kept finding reasons to put off getting checked out. He was busy, he told himself. It was probably nothing. He didn’t want to look foolish seeking care unnecessarily.
“I’ve never been a guy that liked to go to the doctor,” says Benton, 50. “I’ve always felt like I don’t want to bother somebody. I don’t want to go up there if there’s nothing wrong.”
Eventually, he began having stomach pains unrelated to the swallowing problem. Still, he put off going to the doctor.

It all caught up with him in August when he was at dinner with wife, Wendy, for their anniversary. In the middle of dinner, he began feeling sick, and they had to leave.
He finally took Wendy’s advice and made an appointment at Tidelands Health Gastroenterology to figure out what was happening. 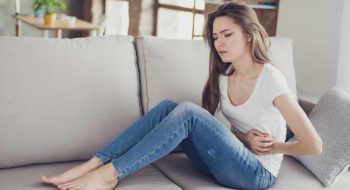 Is it IBS or something else?

END_OF_DOCUMENT_TOKEN_TO_BE_REPLACED

To diagnose the cause of his symptoms, nurse practitioner Rebecca Hash, who practices at Tidelands Health Gastroenterology at Murrells Inlet, referred Benton for an endoscopy, colonoscopy and a specialized hepatobiliary iminodiacetic acid scan to examine his liver, gallbladder and bile ducts. The results of the scan were surprising: Benton’s gall bladder was enlarged and functioning so poorly it needed to be removed. Meanwhile, the endoscopy revealed significant scar tissue in his esophagus that was causing his difficulty swallowing.

At the end of October, about a month before Benton underwent gall bladder surgery, Benton saw Tidelands Health gastroenterologist Dr. Sebastian Abadie for a procedure to expand his esophagus and improve his ability to swallow.
Recurrent acid reflux can lead to the development of scar tissue, which can make it difficult for people to swallow, Dr. Abadie says. Recurrent acid reflux can also set the stage for esophageal cancer, among other health conditions. 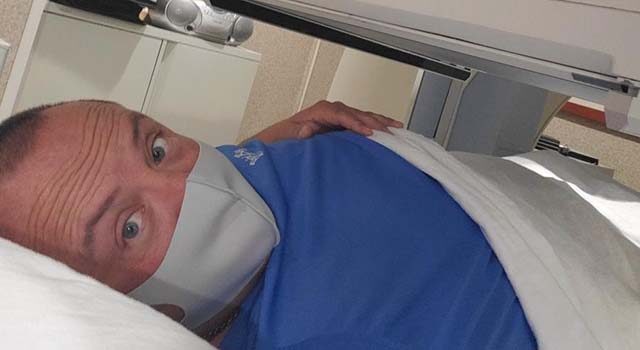 After Benton underwent a specialized scan known as a hepatobiliary iminodiacetic acid scan, he learned his gall bladder was functioning so poorly it needed to be removed.

By widening Benton’s esophagus and prescribing him acid-reducing medication, Dr. Abadie was able to relieve Benton’s swallowing difficulties.
“If you have any signs or symptoms that are worrisome to you, please don’t wait to be seen,” Dr. Abadie says. “It’s important to have a regular contact with your doctor because that allows us to catch diseases earlier when they are more easily and more successfully treated.”

Benton returned to his rigorous work schedule about 10 days later feeling much healthier and wiser about the importance of seeking medical care. He strongly encourages people to err on the side of caution and seek care if you think you may need it.
“I am one to put everyone else first. I never put myself first,” he says. “I was always a guy with an excuse to not get checked out.
“The biggest lesson I learned is you have to put your health first.”