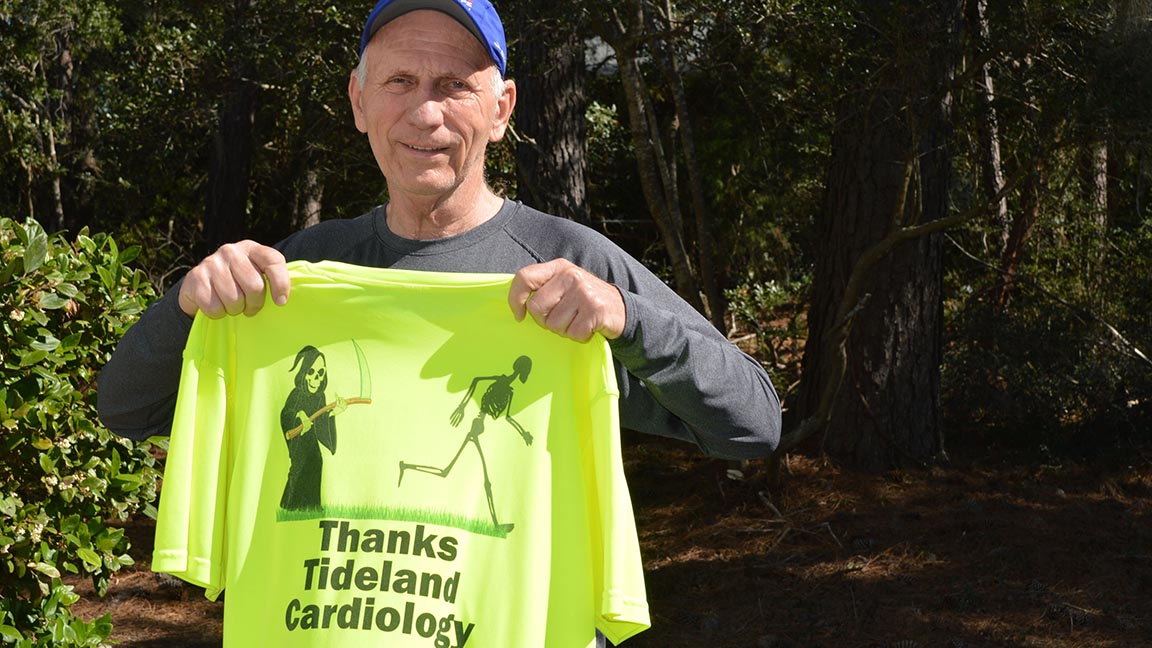 Jack Volker holds up a special shirt he had created to thank the team at Tidelands Health for the care he received following a 2017 heart scare.

Jack Volker knew something wasn’t right.
A week before the Myrtle Beach Marathon in 2017, the Monroe, Michigan, resident had arrived in town and was getting in a run when he was struck by a weird feeling.
“I went running that morning and came back to the house and thought, ‘I just don’t feel right. I must be coming down with the flu,’” he says.
It was a natural assumption. His wife, Janet, already was laid up with the flu, and the two had just traveled in a car together from Michigan for their winter stay at the beach. But another run – with the marathon just days away – brought on the same symptoms.
“I just had a little funny feeling in my head,” says Volker, who turns 72 in April. “I can’t really describe it. It was just a funny feeling, and my legs became very rubbery.”

He drove himself to Tidelands Georgetown Memorial Hospital, where initial tests didn’t reveal problems. Volker didn’t have chest pains or pain in his left arm – common symptoms of a heart attack – but there was a little blip on the stress test. Tidelands Health cardiologists knew his family history of heart problems and listened closely to Volker — knowing that avid runners like him are typically in tune with their bodies.
“The doctors looked at me and said, ‘Let’s keep you overnight,’ ” he says.
Good thing they did. Though Volker seemed like he was in overall good health – he runs about 45 miles a week, eats healthy and has good cholesterol levels – a heart catheterization found his main left artery was 95 percent blocked.
“We are so glad that Mr. Volker listened to the signals his body was sending him and came to us when he did,” says Melissa Bliss, a physician assistant at Tidelands Health Cardiology. 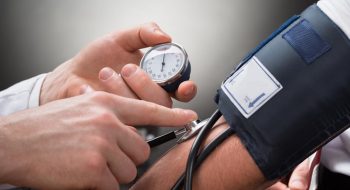 Battling inflammation: A new era in the war against heart attacks?

END_OF_DOCUMENT_TOKEN_TO_BE_REPLACED

The Tidelands Health team performed a balloon angioplasty and implanted a stent, which is a tiny tube inserted into a blocked passageway to keep it open and blood flowing.
“If it wasn’t for the doctor’s persistence looking for it – they listened to me and just kept looking,” Volker says. “It took them two days of just looking. They didn’t have a reason to look in the veins, but they found it.”
Volker missed that week’s Myrtle Beach Marathon as he continued to heal, but he was back in his running shoes two weeks later. About six weeks after undergoing the procedure to implant a stent, he ran the prestigious Boston Marathon – showing his appreciation for the Tidelands Health team (and his light-hearted nature) by wearing a bright yellow shirt with with “Stent and Run” on the front and a custom image of him running away from the Grim Reaper on the back with a message thanking the Tidelands Health team.
“You always want to outrun the Grim Reaper,” he says.
Volker didn’t set any personal records during the Boston Marathon, but simply finishing the race was a victory.
“That was probably my hardest one. They had me on a lot of medication,” Volker says. “But I got through it. I finished it.”

Volker, who still gets check-ups at Tidelands Health Cardiology, donned that shirt thanking Tidelands Health again on Saturday, March 2, when he ran the half marathon as part of the Myrtle Beach Marathon festivities. Volker placed third in his age group.
“It’s so rewarding to see Mr. Volker again lacing up those sneakers to compete,” Bliss says. “We’re honored to be mentioned on the back of his running shirt, but whether he’s running or not, we will always have his back when it comes to his health.”
And again, he was running a major race with a new stent.
While he was running in December in Michigan, Volker again got that weird feeling. He headed to the hospital where doctors implanted two more stents. 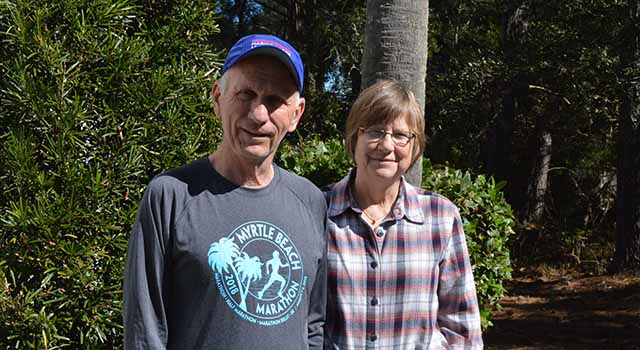 Volker’s heart remains strong from his years of running – he picked up the hobby when he was 60 – and says he has no heart damage.
“Twice in less than two years,” Volker says of the stents. “If it wasn’t for running, they don’t think I would be alive.”
So how does someone who is a devoted runner and who eats healthy end up needing multiple stents? Volker points to his family health history.
His father passed away at age 56 from a massive heart attack. His mother also had a heart attack but survived and lived into her 80s. Volker’s sister had bypass surgery when she was in her 60s.
“Genetics is a big thing,” Volker says.

Volker – a veteran who served in Vietnam – isn’t letting the stents slow him down. His race times may not be what they used to be, but he’s paying more attention to enjoying the run than setting personal records.
“I’m not scared. I’m taking care of my body,” Volker says. “I got through Vietnam. I’m not going to worry about this stuff.”
His wife, Janet, is thankful that his buddies in the Run Hip running club in Michigan keep a close eye on him.
“They always make sure somebody is running with him. They really look out for him,” Janet says.
When he’s not running, Volker and his wife travel around the world birding — trips to Norway and Madagascar are already booked this year. He’s also an avid photographer and has led community talks on birding and photography in Georgetown and back home.
No matter where he goes, he’s thankful for the team at Tidelands Health and encourages folks not to ignore the body’s signals that things aren’t quite right.
“When you exercise and pay attention, you know your body,” Volker says. “I knew it was something. You’ve got to listen to your body.” 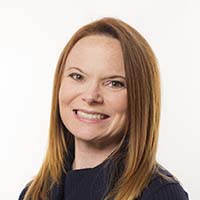