A jump for Jack

A jump for Jack 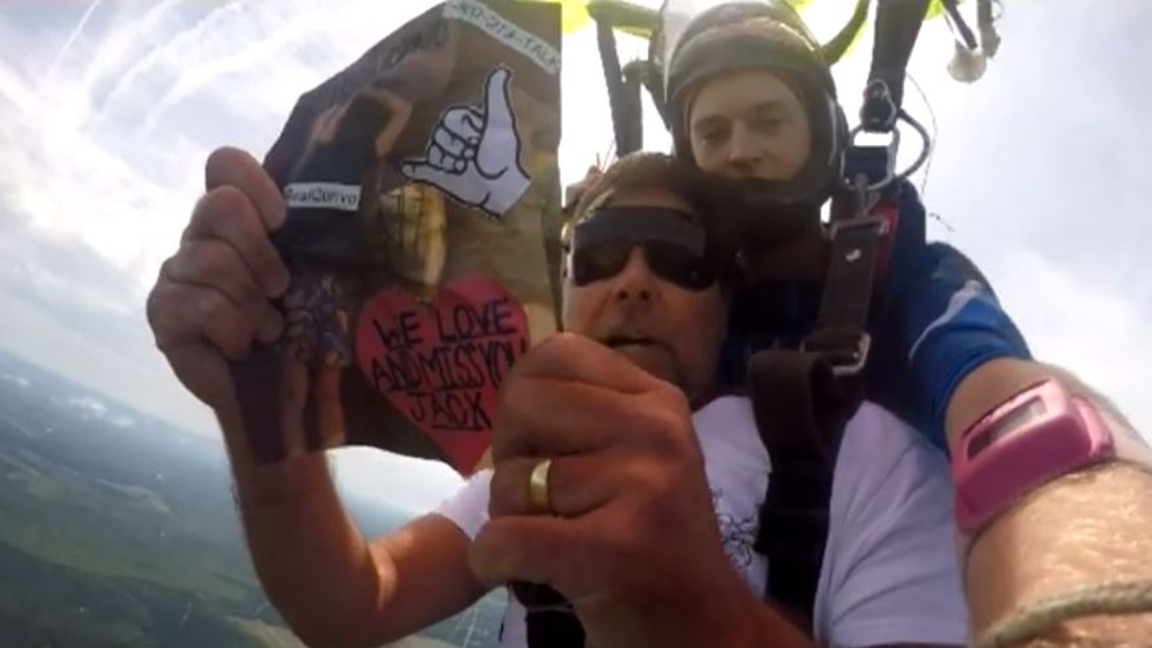 Jason Clemons skydived to honor his friend and fellow surfer, Jack Buffington, and to raise awareness for suicide prevention.

For only the second time in his life, Jason Clemons found himself thousands of feet in the air and preparing to jump.
For someone who is “pretty darn afraid of heights,” skydiving might seem like an odd pursuit. But as Clemons prepared to leap, his inspiration for the jump gave him resolve.
He remembered the young, blond boy he befriended so many years ago on the beaches of Pawleys Island and the time they spent surfing and sharing the beach. He remembered watching the child grow into a man – a friend to his children and so many others within the community.
And he remembered learning the devastating news of 20-year-old Jack Buffington’s suicide and the crowd that gathered on the beach for the paddle-out ceremony to honor his life. And so Clemons leaned away from the plane and into space.

We are moved beyond words by this amazing act of love for Jack Buffington! Our friend Jason Clemons just jumped out of an airplane to honor Jack and bring awareness to suicide prevention. It's time to talk…. #RealConvo

“I felt compelled to step outside my comfort zone in tribute to Jack and to challenge my community, especially those who stood beside me, hand in hand, toes in the sand, to step up and take action in honor of Jack,” Clemons said. “As a community, state and nation, we need to do more to prevent suicide and make sure people can get help.”
A former licensed professional counselor, Clemons currently manages Tidelands Health Family Medicine practices in Georgetown, Andrews and Hemingway. He has seen firsthand the impact of the lack of available resources to support mental health and knows many people are reluctant to seek care because of the stigma.
So a few months ago, he approached Jack’s parents, Bobby and Melissa Buffington, about the idea of videotaping a skydive to honor their son, raise awareness that it’s normal and acceptable to seek mental health care and to energize efforts to provide more resources for people who need it. The video of his June 22 jump was subsequently posted to Facebook, where it has been viewed thousands of times and received dozens of shares, comments and reactions.
“We loved the idea of him bringing awareness to this,” said Melissa Buffington. “We need to eliminate the negative stigma around mental health and especially talk therapy.”

Out of the blue

Jack’s suicide, she said, came out of the blue. He was raised in a loving and supportive family, had a big group of friends and seemed to be doing well, though he put a lot of pressure on himself to succeed at the College of Charleston, where he was a junior.
“I think we all feel like if it could happen to our family, it could happen to anybody,” Melissa Buffington said. “I think that’s one of the scariest things about this.”
Like many of his peers, Jack associated counseling with negative stereotypes, she said, even though he may have liked and benefited from it.
“If we could introduce it when kids are elementary school, talk therapy would be so normalized that when kids get older, they would be much more likely and willing to use it,” she said. “The stigma was there for Jack. He just didn’t feel comfortable with it.”

'We love and miss you Jack'

For its part, the Buffington family has been very open about his suicide, she said, and people have responded with tremendous support.
“I can’t tell you how many people have come to me and said they have experienced it in their own private lives,” she said. “I think that has changed some people. I think that people are not as afraid to talk about it. They are not afraid to reach out to us because we have been open.” 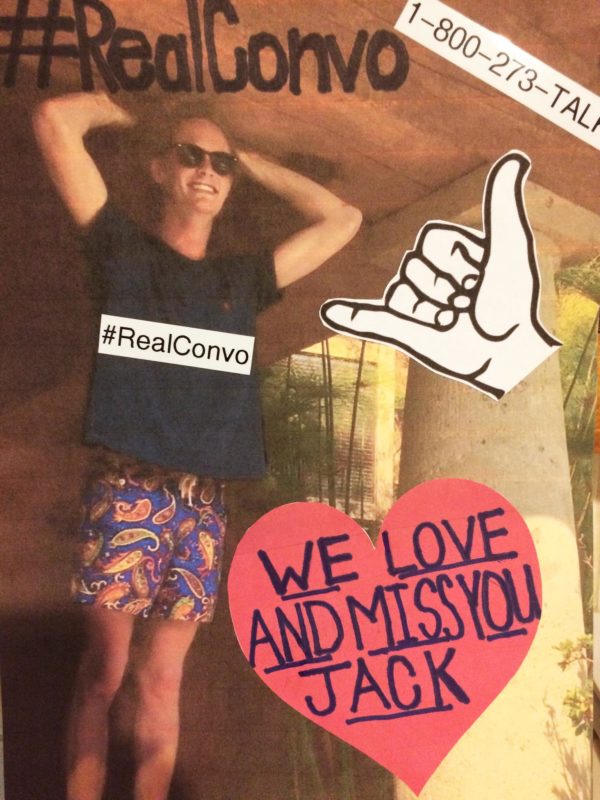 Before the video of Clemons’ skydive was posted to Facebook, he shared it privately with Melissa and Bobby Buffington in their home. Together, they watched Clemons take off in a small, single-engine airplane from a private airstrip in Andrews, reach 8,500 feet in the sky and, clutching an image of their son, fall into the void below.
As Clemons and the instructor dropped precipitously toward the ground, they fought against the wind to raise the photo toward the camera. Inscribed on the image were the social media hashtag #realconvo, the National Suicide Prevention Lifeline (1-800-273-8255) and, in a large, red heart, the words, “We love and miss you Jack.”

123 Views
Tags
Prevention Wellness
Sign me up for email updates