Smoking can be a hard habit to kick, but Tidelands Health family medicine physician Dr. Lash Springs says overcoming the challenge is worth it.
“We really encourage patients to quit smoking because it’s so important to health,” he says. “Smoking is a leading cause of preventable disease, not only of cardiovascular disease, but of diabetes. It can lead to disability and over time it can lead to death.”
National statistics show it typically takes a smoker seven to 11 attempts to quit. There are medical and social reasons that explain why stopping smoking is so challenging for many people

One of the reasons is the nicotine found in cigarettes affects dopamine, a neurotransmitter in the brain that is also known as the reward pathway.
“Nicotine excites that reward pathway enough that it gets people thinking, ‘Oh, I really need that cigarette. Oh, I really want that cigarette,’” Dr. Springs says. “It’s almost as if their brain is telling them they should keep smoking.”
Social influences such as advertising and peer groups also impact the ability to quit. Teens, for instance, may smoke if it seems a way to be socially accepted. Adults may align themselves with a group of friends or co-workers who have the same habit. 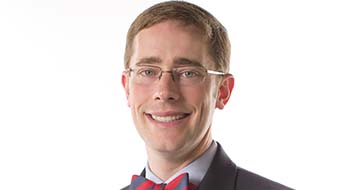 The first step is behavioral counseling to help patients understand why, even though they feel motivated to quit, they are still having competing thoughts about continuing.
The second step is medicinal. Depending on an individual’s medical needs, patients may benefit from nicotine replacement in the form of gum, patch or a lozenge or a prescription medication such as Wellbutrin or Chantix. These are taken for no less than three months and usually for an additional three months.
“The behavioral piece we continue to pursue after someone has stopped smoking because there can still be a trigger at any point that makes people prone to relapse,” Dr. Springs says.

Dr. Springs often hears from patients who fear they will gain weight if they give up cigarettes. He acknowledges that smoking tends to curb appetite and recommends that patients focus on eating healthy and exercising to take the focus off the harmful habit of smoking.
Even a relapse is not reason to give up, he says.
“It really takes a significant amount of time and effort in order to quit smoking and a patient shouldn’t give up even if they relapse a few times. They are not alone,” says Dr. Springs. 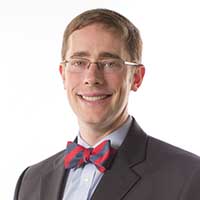