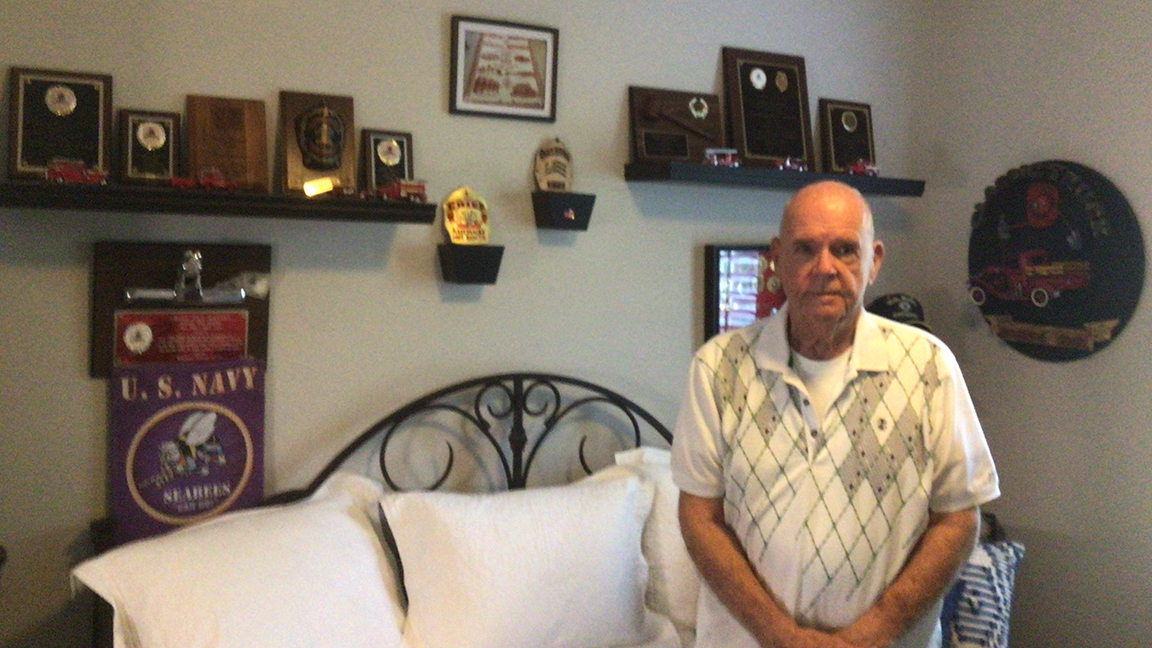 Concerns about upsetting his wife and disrupting his neighborhood nearly cost retired Midway Fire Rescue Chief Dan Wetsel his life.
Before retiring in 2005, Wetsel spent almost 30 years in the fire service as a firefighter, fire marshal and fire chief. Over the course of his career in public service, he responded to many 911 calls from people suffering from heart attacks.
Yet, when the 80-year-old Pawleys Island resident and U.S. Navy veteran began experiencing chest pain himself one day in late August, he attributed it to overdoing it while helping a friend move the day before. Rather than risk unnecessarily calling emergency vehicles to his neighborhood or upsetting Nancy, his wife of 33 years, Wetsel stayed silent until the pain and pressure in his chest became intolerable.
“That was the wrong thing to do,” Wetsel says. “I didn’t want to disrupt the neighborhood and put pressure on my wife. But I knew better. I know the signs. Never do what I did.”
When he told Nancy what he was experiencing, she knew exactly what was happening and told him they needed to get him to the hospital right away.
“I told my wife I was hurting all over my chest and the pain was radiating down my arms,” Wetsel recalls. “She said, ‘Dan, you’re having a heart attack.’”

‘You just saved this man’s life’

The couple headed to the emergency department at Tidelands Waccamaw Community Hospital. On the way there, they passed a Midway Fire Rescue station that Wetsel once commanded. Outside, an ambulance sat idle.
Looking back, Wetsel says he should have called 911 from his home rather than drive to the hospital for care.
“That was another hard lesson I learned,” he says. “I knew I should have called an ambulance right away. I taught this in all the years I was in the fire service. There are medics who are in contact with the hospital. What they do inside that ambulance is invaluable.”

Nancy Wetsel helped save her husband's life by insisting he seek emergency care after he told her he was experiencing chest pain and pressure.

Once at Tidelands Waccamaw, Wetsel received emergency care to stabilize his condition before being transferred to Tidelands Georgetown Memorial Hospital, where he received stents to open two blocked arteries.
“At the hospital, they told my wife, ‘You just saved this man’s life,’” Wetsel remembers. “I’ve got a dear wife. I don’t know what I’d do without her. I always tell people, ‘Don’t feel sorry for me, feel sorry for her. She’s the one who’s got to put up with this.’”
After returning to Tidelands Waccamaw to recover, Wetsel was able to go home with medications and a follow-up appointment with a cardiologist. Later, he publicly thanked the team that cared for him on social media app Nextdoor, where he explained what had happened to him.
“I want to thank the ER for their quick diagnosis, which saved my life,” he wrote. “And another great job for the doctors and nurses who cared for (me) while in my private room.”

Kate Henington, head nurse in the emergency department at Tidelands Waccamaw, says it’s common for people suffering from heart attacks to delay seeking medical care, but says the decision can result in permanent damage to the heart or, in a worst-case scenario, be fatal.
If you think you are experiencing a heart attack or other emergency, call 911 rather than drive yourself, she says. Ambulance personnel can provide advanced care, conduct tests and coordinate with hospital personnel while you’re en route.
“You can save valuable time going by ambulance,” Henington says. “If we could educate the community on anything, it would be if you are having signs of stroke or heart attack, please dial 911.”

A hard lesson to learn

After spending so many years responding to emergency calls from others in need, including heart attack victims, Wetsel says he never imagined being on the other side of the equation but, he says, “sometimes you’ve got to let other people take care of you.”
The Virginia native recently got the all-clear from his cardiologist to resume his normal activities in moderation. A diagnosis of dementia several years ago and some other health issues have slowed the avid golfer and fisherman down a bit, but he doesn’t let them stop him from doing things he enjoys.
“I’m going to start walking again and going to the driving range and get some exercise,” he says. “And my wife and I are looking forward to our first trip soon.”
He hopes that by sharing his experience, he will help other people who might face a similar situation – continuing a lifetime of service.
“Don’t hesitate,” he says. “Pick up that phone and call 911. It may not be serious, but if it is, you’ve got the ambulance right there to take care of you.”