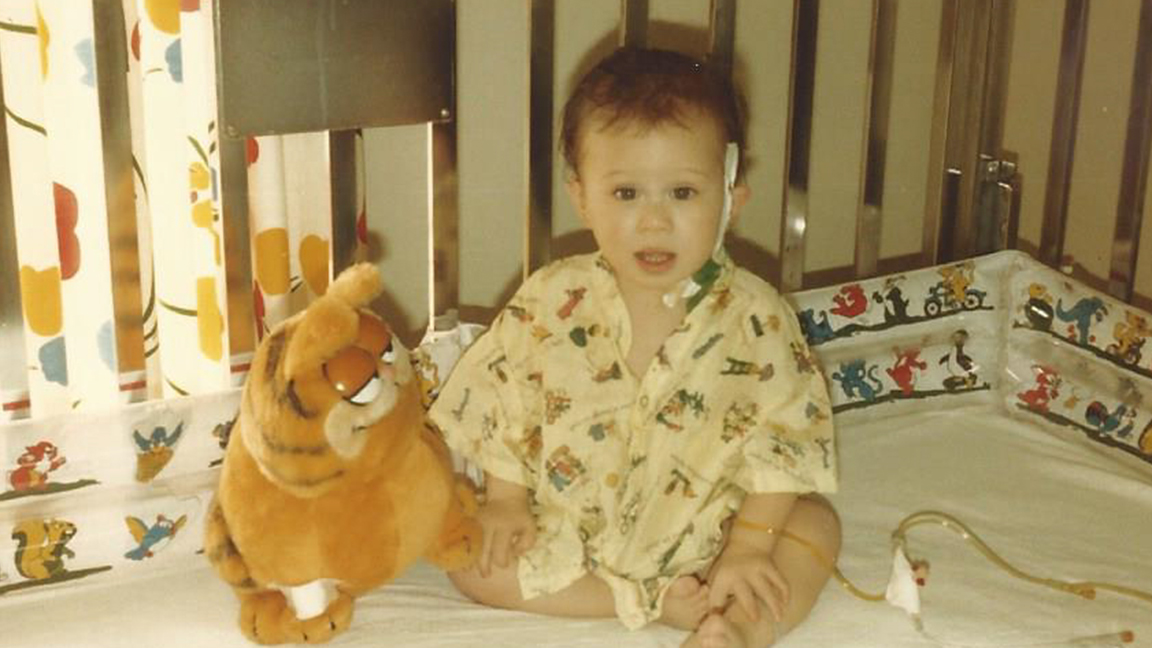 Dr. Christopher Bach as a child.

C hristopher Bach was only 17 months old when his parents learned the devastating news: Their perpetually happy baby boy had a 30 percent chance to live.

A day before, the two parents had taken Christopher to his primary care physician for an earache. He wound up in the emergency room the following night after the pain continued and his fever spiked, despite antibiotics and Tylenol.

Blood tests confirmed a diagnosis of leukemia, father Bill Bach said. Chris’ bone marrow was producing cancerous white blood cells that were inhibiting the production of normal blood cells. The cancer was already in his central nervous system and could spread to other organs.

Chris’ parents digested the news over several tearful hours at his bedside. With a background as a nurse, Chris’ mom Huong was already somewhat familiar with the disease. She stayed by her son’s bedside as Bill Bach huddled in the hospital library to learn more.

“I spent literally the whole night reading about it,” said Bill Bach, a career U.S. diplomat. “Our singular focus was to fight the disease with the best possible treatment, wherever it was available.”

Christopher’s parents took him to the nearby Bethesda, Maryland-based National Institutes of Health, which was studying a new treatment for the disease, Bill Bach said. Within two weeks, doctors declared Christopher’s cancer in remission. Chemotherapy continued for another five years to ensure the cancer didn’t return.

The diagnosis and extended course of treatment fundamentally changed the course of Dr. Christopher Bach’s life. The experience, Dr. Bach now recalls, played an influential role in his decision to pursue a career in medicine. He is the newest member of the Tidelands Health Gastroenterology team, practicing out of offices in Murrells Inlet and Georgetown.

“It made me want to help others like the doctors who had helped me,” Dr. Bach said. “It helped color the decisions I made later in life.”

Dr. Bach’s recollection of events at such a young age is naturally uneven. Now 35, he most readily recalls a deep appreciation for the care he received from the National Institutes of Health medical staff.

The passage of time also has brought newfound perspective on his parents’ sacrifice and support.

“I remember being wheeled up and down the hospital and being really scared as a kid,” he said. “My parents tried to put up a strong front – they tried as hard as they could.”

Christopher’s early childhood was starkly different than his peers’. He spent several days per week at the hospital, father Bill Bach remembers, whether for treatments or due to complications.

Because of his chemotherapy-compromised immune system, Christopher couldn’t battle colds and other common ailments at home, Bill Bach said. He instead was placed in “isolation bubbles” at the hospital until his immune system strengthened.

The child also faced numerous complications, including a potentially fatal case of meningitis.

When time allowed, Bill Bach wheeled his son around in a wheelchair to explore the high-tech facility where Christopher was treated, he said. He remembered research labs populated by chimpanzees and mice and, in another area, robots retrieving medical supplies from a vast underground storeroom.

“Some of them did not survive,” Bill Bach said. “It would have been impossible for Chris not to realize he was in a precarious situation.”

The success of treatments brought a return to normalcy for the Bach family. Bill Bach’s career took them to Germany, Australia and Vietnam, where Dr. Bach participated in his first medical mission. After finishing high school in Pennsylvania, he completed a second mission while attending medical school at the Medical College of Virginia.

He was confronted by another potentially fatal medical condition while a resident physician at the prestigious John Hopkins Bayview Medical Center in Baltimore.

He and fellow students were practicing echocardiograms, a test that uses sound waves to create pictures of the heart. Using Dr. Bach as a volunteer test subject, other residents uncovered an unusual growth in his heart that was ultimately diagnosed as a rare type of heart tumor. If not removed, it could have caused sudden death by dislodging and blocking blood flow. He was scheduled for open-heart surgery only three days later.

“It was complete luck – just pure chance,” Dr. Bach marveled. “”They found it on a Wednesday and (doctors) removed it the following Saturday.”

His residency at John Hopkins proved fortuitous in other ways, too. It is where, after some gentle prodding by a well-meaning but pushy patient, he worked up the nerve to ask his future wife (a nurse practitioner at John Hopkins) for a first date. 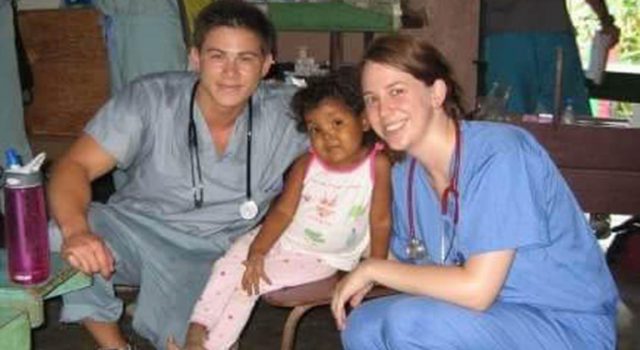 Dr. Bach while on a medical mission to Vietnam

Dr. Bach looks back upon his battle with leukemia as a positive influence in his life, he said. It helped strengthen his character and provided him with early motivation toward a medical career. That career decision, in turn, may have helped save his life by leading to the serendipitous discovery of his heart tumor.

In deciding which medical field to pursue, Dr. Bach found himself drawn to gastroenterology, he said, because the field is intellectually challenging and personally rewarding.

Like the oncologists who treated him as a child, it gives him the chance to have a life-changing impact on his patients.

“Digestive problems can be debilitating, even fatal, if not properly treated,” Dr. Bach said. “It’s incredibly satisfying to come home at night knowing you’ve helped someone else get their life back.”