Cold hands and feet? Here’s when to see a doctor

Cold hands and feet? Here’s when to see a doctor

If you struggle with cold hands and feet, you may wonder whether there’s an underlying medical issue at play.
Fortunately, unless your cold extremities are accompanied by discoloration or pain, it’s probably not caused by a serious medical condition, says Dr. Roxanne Latimer, a family medicine physician at Tidelands Health Family Medicine at The Market Common.
“Very rarely is it related to a serious medical issue,” Dr. Latimer says. “Some people just have cold hands and feet.”

When to be evaluated

For most people, cold extremities are simply the body’s way of regulating internal temperature in response to external influences. However, there are times when it’s important for people with cold hands and feet to be evaluated.
When cold hands and feet are accompanied by changes in skin color or pain, it could signal an issue with blood circulation, Dr. Latimer says. Constricted blood flow can result in tissue damage in the hands, feet, fingers and toes.
“Still, even with discoloration and pain, there can be totally normal causes for them, such as sitting for a prolonged period of time with your feet dangling,” she says. “In cases like that, it’s important to know that’s not a true circulatory issue.”

Patients who seek help for cold hands and feet often feel reassured after an arterial pulse check in the lowest points of the feet and arms.
“People who come in with cold hands and feet tend to worry about poor blood circulation causing tissue damage,” Dr. Latimer says. “As long as we can feel that pulse, it’s not a significant circulatory problem.”
The main medical issues that can cause cold extremities include peripheral artery disease, an underactive thyroid (hypothyroidism) and Raynaud’s phenomenon. 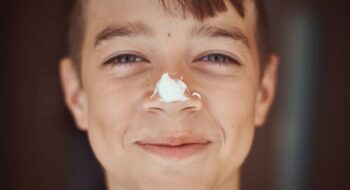 Springtime is sunscreen time: Time to get back in the habit

END_OF_DOCUMENT_TOKEN_TO_BE_REPLACED

Peripheral artery disease is caused by atherosclerosis, which is when fatty deposits build up on the arterial walls and limit blood flow. Risk factors for the condition including smoking, diabetes, obesity, increased age, a family history of the condition and high levels of a certain type of amino acid called homocysteine.
Regular exercise and a healthy diet can help treat the condition. Patients who smoke are encouraged to stop. Blood thinning medication may be prescribed, and for more serious circulation problems, a stent may be inserted in the large arteries in the leg to restore blood flow.
With hypothyroidism, the body’s ability to produce hormones for energy is impaired. Without enough hormones, metabolism slows, and it takes the body more time to adjust to colder environments.

The third culprit, Raynaud’s phenomenon, is a benign condition that can be alarming to sufferers, Dr. Latimer says.
“Instead of an artery being blocked by something in a dangerous way, it’s temporarily blocked due to a sudden constriction of the blood vessels that doesn’t cause any damage,” she explains. “The hands can swell and the fingers can turn white like sausages. Even though it looks like a circulation problem, it’s not. Raynaud’s is not dangerous.”
The phenomenon can be triggered by cold temperatures, such as holding a cold hose or touching cold items at the grocery store. Or it can be triggered through vibrations, such as those that occur when operating a power tool.
“If you can’t avoid what triggers it, and it becomes troublesome, there are medications that can lower the incidence, such as calcium channel blockers, a type of blood pressure medication,” Dr. Latimer says.

When to see a physician

When should you see a doctor for cold hands and feet? If your cold extremities also include the following symptoms, consider getting an evaluation:

To help you cope with cold feet and hands, try these simple ideas:

“If you are concerned, talk to your doctor,” Dr. Latimer says. “You know your body best and know if something isn’t quite right. We can help rule out serious medical conditions and give you peace of mind.” 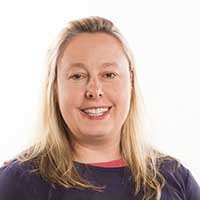