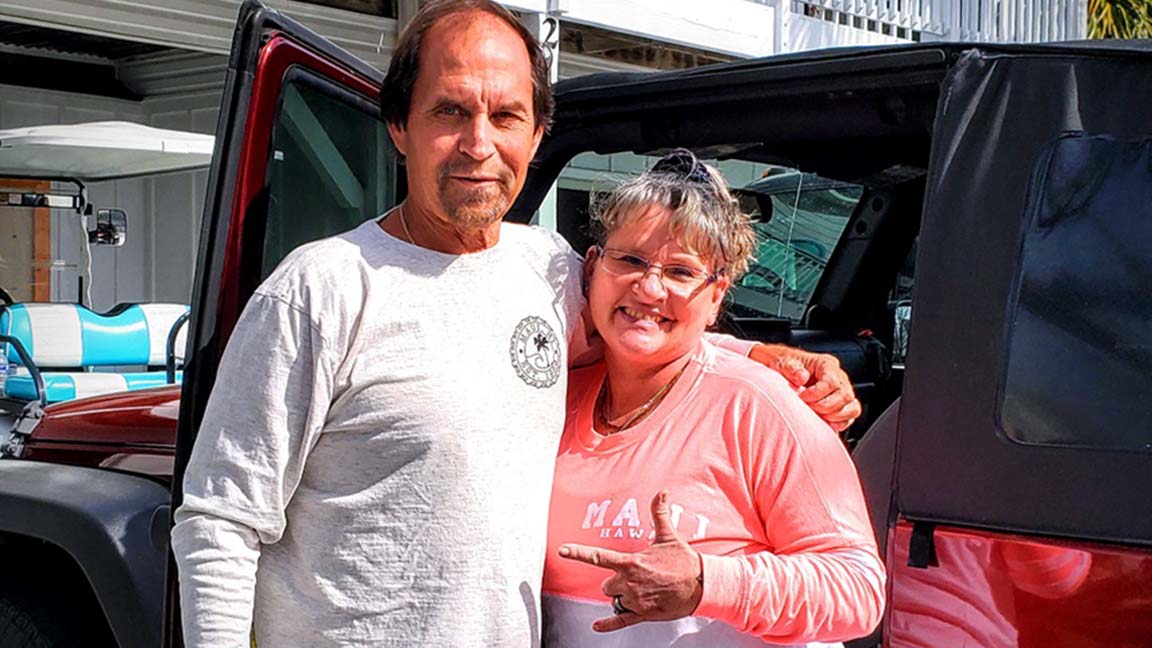 When his battle against a rare type of sinus cancer seemed hopeless, Scott Jenkins, owner of The Ole Fashion Ice Cream Parlor in Surfside Beach, leaned on his wife for strength and support.

“Miracle” isn’t a word that’s used too often in medicine, especially when it comes to rare, aggressive types of cancer. But not every patient is Scott Jenkins.
Diagnosed with sinus cancer in 2015, Jenkins never expected to be alive today. But thanks to his abiding faith, a care team that didn’t give up on him and a novel immunotherapy treatment, Jenkins has beaten seemingly insurmountable odds.
“I’ve gone from being told I have six months to live to getting better. I truly have a new life,” says Jenkins who owns The Ole Fashion Ice Cream Parlor in Surfside Beach, which he opened after moving from Richmond, Virginia, in 2009.

Five years ago, Jenkins began experiencing a stuffy nose. He treated it with over-the-counter remedies for a couple of weeks until the day he woke up with a stiff neck and swollen face.
After a trip to the emergency department, Jenkins consulted with an ear, nose and throat specialist, who performed a biopsy and diagnosed him with sinonasal undifferentiated carcinoma, a rare type of aggressive tumor that grows quickly in the sinus cavities and nasal passages.
It is considered one of the most difficult head and neck cancers to treat – more than half of people diagnosed with the condition do not survive five years. 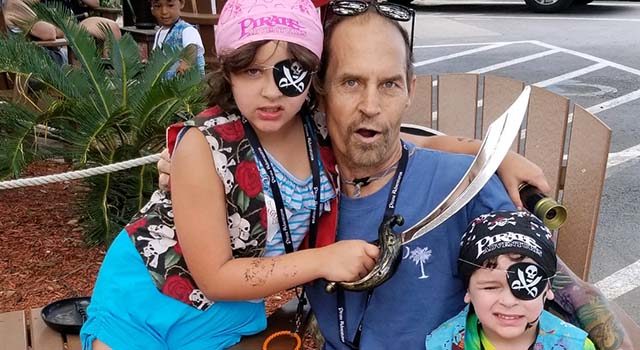 Scott Jenkins with two of his three grandchildren.

For help, Jenkins was referred to Tidelands Health Cancer Care Network, our region’s most comprehensive provider of cancer care.
“That’s when I met Dr. Adams, my doctor, my lifesaver,” he says.
Dr. Sara Adams, an oncologist who practices at the Murrells Inlet and Georgetown locations of Tidelands Health Oncology, recommended an aggressive radiation and chemotherapy schedule to combat the cancer.
After 30 days of radiation and 12, three-hour sessions of chemotherapy, the sinus cancer went into remission. But Jenkins’ battle wasn’t over – far from it.
“I kept feeling awful. But it wasn’t in my nose. It was in my back,” says the 61-year-old Surfside Beach resident, who has three children and three grandchildren.

Subsequent testing revealed cancer was now growing in his pancreas, kidneys and lymph nodes. “I was just full of cancer,” Jenkins says.
So Jenkins returned to Tidelands Health Oncology for more radiation and more chemotherapy. 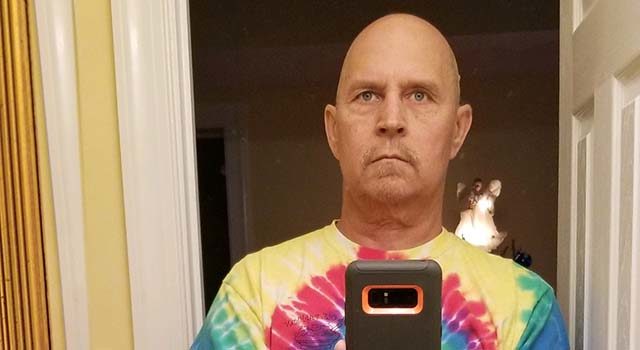 Jenkins twice lost all his hair - the first time after his initial round of treatment for sinus cancer and again after cancer was found in his pancreas, kidneys and lymph nodes.

Despite aggressive treatment, his condition didn’t improve. He lost 115 pounds over nine months and experienced such severe pain he couldn’t walk to his treatment appointments.
That’s when Jenkins and his wife, Teresa, received the news they had feared since his initial diagnosis in 2015.
“Dr. Adams called me and my wife and said, ‘I’m as sorry as I can tell you, but there’s nothing else we can do,'” he recalls.
In May 2018, Jenkins was given six to eight months to live.

Preparing for the end

Armed with medication to control his ever-increasing pain, Jenkins came home to await the inevitable. Most days he couldn’t get out of bed. Teresa cared for him, offering tough love when needed.
“She is a trooper. She was whipping my butt and giving me medicine and cooking special foods for me to eat,” he says. 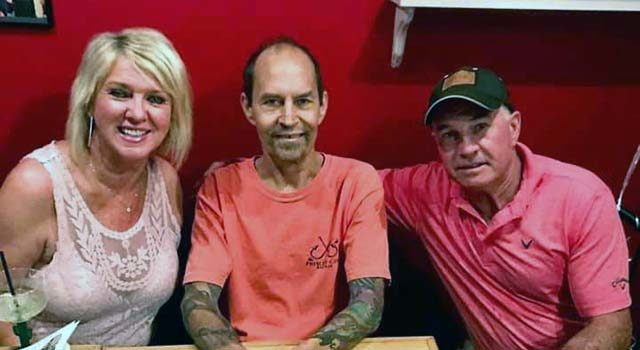 Given only months to live, Jenkins traveled back to Richmond for a "going away party" attended by his high school football teammates, family and people he worked with over a 30-year career in the construction industry.

Despite the grim outlook, Jenkins tried to remain positive. It was important to him to say his goodbyes in person. That’s why he and Teresa traveled back to Richmond for a “going away party” attended by his high school football teammates, family and people he worked with over a 30-year career in the construction industry.
“I thought maybe 20 or 30 people might stop by. We had over 150 people show up,” he says.

And then one day in June 2018, the phone rang. It was Dr. Adams, who wanted him to try a relatively new immunotherapy medication called Keytruda, which has helped lung cancer patients.
“Scott’s tumor is so rare, there is no specific standard of care for it – there’s no playbook that has been shown to be effective in treating it,” Dr. Adams says. “I thought it was worth trying immunotherapy to see if he responded.”
Rather than using chemotherapy or radiation to attack the cancer, the goal of immunotherapy is to stimulate the body’s own immune response into attacking it.
“Cancer can figure out ways to hide from your immune system. It’s almost like camouflage,” Dr. Adams says.
Immunotherapy essentially blocks cancer cells’ ability to hide so the immune system can do its job of killing the cancer cells.

Jenkins was so sick on the day he started the Keytruda infusions, he doesn’t remember going in for the treatment.
“That’s how bad it was,” he says. But two or three months later, his outlook had changed significantly.
“I woke up one morning and rolled over to my wife and said I just feel like something changed overnight,” he says. “I just felt like I was headed in the right direction from that point.” 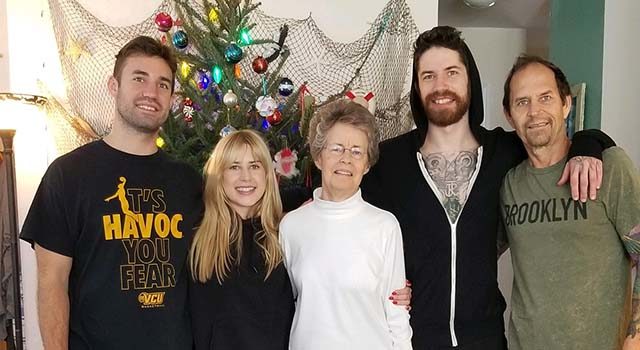 Jenkins' battle with cancer was difficult on his entire family. Here he's pictured with his three children and mother.

Since then, Jenkins has had Keytruda infusions every three weeks. After every three infusions, he undergoes scans to look for signs of cancer in his body.
“They found spots in my liver and pancreas again, but then on the next two scans, it’s all gone away,” he says. “The Keytruda is definitely fighting it pretty good.”

Jenkins can’t say he’s cancer free. He still has terminal cancer. But for now, he’s in remission.
“There are no signs that he has active cancer in his body, but he has a type of cancer that had metastasized from the nasal cavity to the pancreas and is considered incurable. Remission is quite remarkable in his case,” Dr. Adams says.
Dr. Adams can’t predict if the Keytruda infusions will keep Jenkins in remission, but since the infusions come with few side effects, she’s hesitant to stop the treatment.
“Scott never gave up, even when I was really honest with him about how bad things were looking. He always had faith that it’s in God’s hands, and we’d be guided together to make the right decisions,” she says.

A messenger of hope

Jenkins says he still experiences pain and fatigue, and while he hasn’t lost any more weight, he hasn’t gained any back. But he feels good enough to walk 3 miles on the beach every day, enjoys seeing his children and grandchildren when they visit, and he travels when he can. In fact, he and Teresa renewed their vows in a long-awaited trip to Hawaii in 2019.
“I’m not sure how long it will last, but I’m going to try and do all I can,” he says. 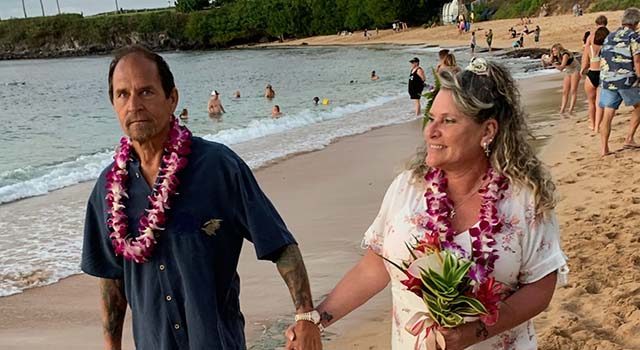 With Scott Jenkins in remission from cancer, he and Teresa were finally able to take a long-awaited trip to Hawaii in 2019 to renew their wedding vows.

He also loves to share his experience with others, both to remind himself of how far he’s come and to share his belief in the power of prayer, faith and positivity.
“I feel that’s why I was kept alive. I think my calling was to share my experience and tell people about my story. I give all the glory to God, and I want people to know that,” he says. 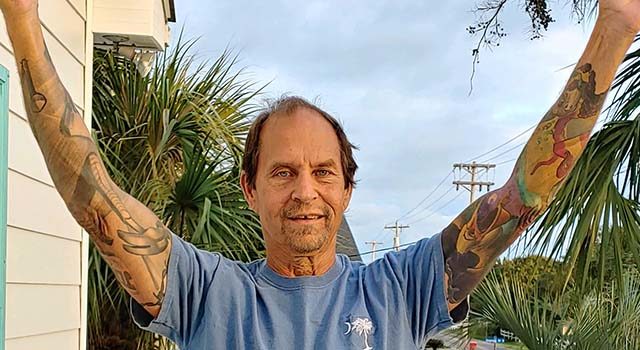 In remission from incurable cancer, Jenkins considers every day to be a blessing.

For Dr. Adams, patients like Jenkins are reminders of the power of medicine and a positive outlook.
“It just makes my day when I see him on my schedule,” she says. “It reminds me that despite all of the difficult and very, very sad stories we experience sometimes, we have uplifting stories as well.” 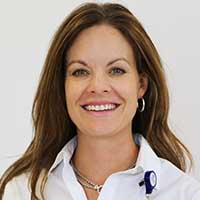