Kids in the kitchen: Why it’s important to teach children to cook

Kids in the kitchen: Why it’s important to teach children to cook 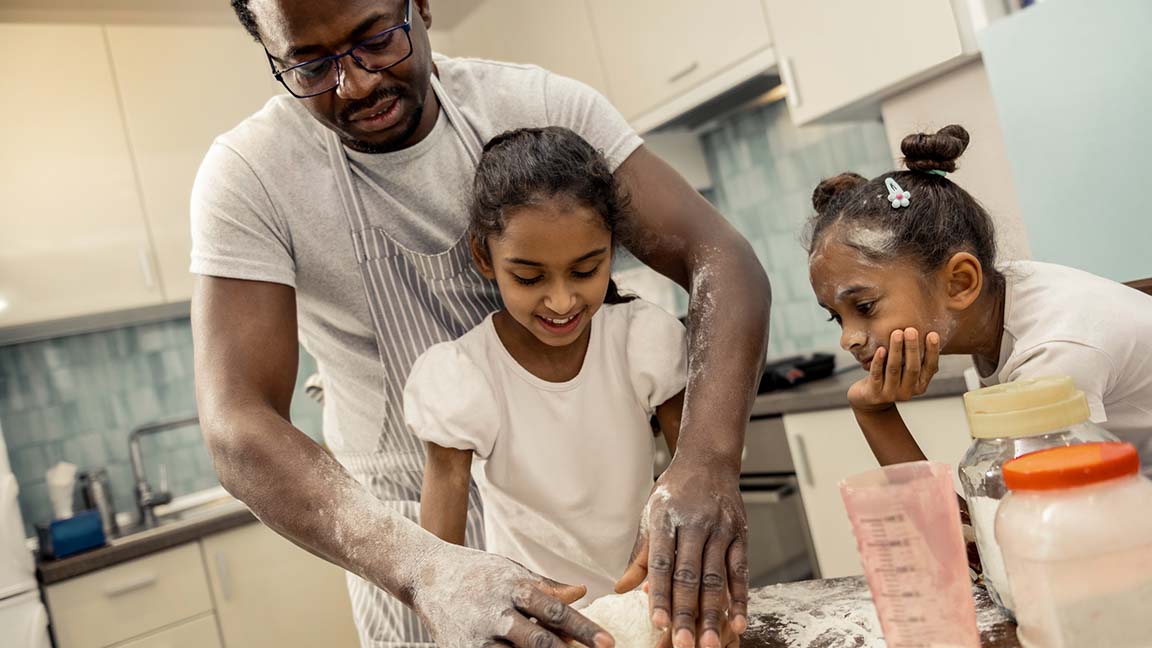 Learning how to cook early in life can lead to long-term health benefits, research suggests.
A study published in the Journal of Nutrition Education and Behavior found a strong correlation between learning to cook as a young adult and a person’s nutritional well-being later in life.
The study found that young adults who were more confident in their cooking skills were less likely to eat fast food and more likely to consume vegetables on a daily basis as they got older.
The results come at a time in America’s food landscape when fast-casual restaurants and quick-to-prepare processed foods have proliferated and, inversely, home cooking has declined.

Although some people are hesitant to cook at home because they’re not confident in their skills or don’t feel they have the time, Tom DelSolia, food service manager at Tidelands Waccamaw Community Hospital, says learning to cook can be essential for a healthy lifestyle.
“It’s almost like an athlete or a trainer,” he says. “They know the exercises to stay in good shape and the routines to stay in shape. And to cook and to be someone who prepares food, you know the right way of doing things and handling your produce to maintain its nutrition and to make it healthy and taste good.” 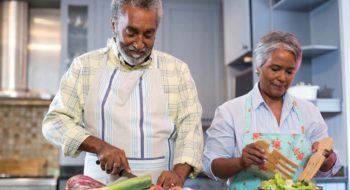 How to eat right after a heart attack or heart surgery

END_OF_DOCUMENT_TOKEN_TO_BE_REPLACED

DelSolia, who has more than 20 years of experience as a professional cook, began cooking when he was young but says he only knew the basics — “survival stuff,” as he calls it. At 19 years old, he went into a culinary program at Newbury College, where he honed his skills. After completing school, he worked as a banquet chef and eventually made his way to managing the food operations at Tidelands Waccamaw.
In 2016, DelSolia and a team from Tidelands Health took first place at the South Carolina Hospital Association’s Cooking Well Invitational. They competed against counterparts from other South Carolina health systems to see who could cook the most delicious meal while also meeting certain nutritional standards and keeping the cost of the meal below $5. DelSolia and his team’s winning meal was goat cheese and herb pancake with roasted beet salad, squid ink pasta with roasted butternut squash and kale, and kefir panna cotta with balsamic fennel.
In all of his cooking, but especially at home, DelSolia says he tries to keep things simple and focus on the freshness of his ingredients.
“As I get older, I’m looking just for the freshest things I can get, then I prepare them simply,” he says.

One technique he learned in school and has implemented in his own kitchen is plating, where food is arranged on the plate to make it look more appetizing. Plating can be utilized to encourage healthier eating at home because, by placing food like chefs do, you can visualize portioning and literally make room for the more wholesome items on your plate.
“When it comes to plating, I always leave the most room at home for the things that are the healthiest,” DelSolia says. “So if it was some blanched vegetables that I sautéed, they’re going to take the lion’s share of the plate.”
Going for height by stacking some foods and fanning out other items to cover more surface area on the plate can also help you put mind over matter when it comes to portion control.
“That way you kind of tease the eye a little bit into thinking you’re getting more,” DelSolia says.

Make it your own

But you don’t have to be a trained chef to make delicious, healthful food at home. DelSolia suggests newcomers to the kitchen not only learn to follow a recipe, but experiment with changes to customize recipes to their tastes and particular health needs.
“By leaving things out or preparing the meal a little bit differently, you can change the flavor a little and make the nutrition a little better, too” he says. “Just because a recipe doesn’t look as healthy as you want it to be on paper, you can omit things or tweak it to make it healthier for you.”
To keep things easy, DelSolia often throws together one-pot meals at home.
“It’s about balance,” DelSolia says. “If you’re cooking it, you know what you’re putting into it.”