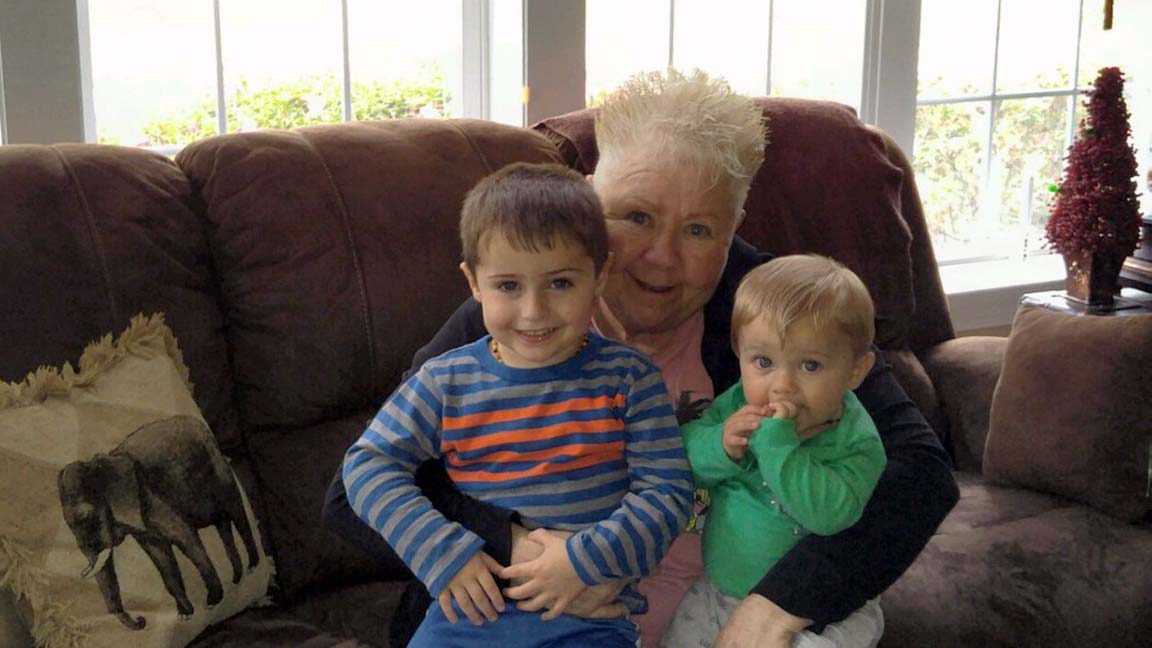 Murrells Inlet resident Marilyn Overton is optimistic about the future - and her ability to keep up with her grandkids - after overcoming sciatica pain through dry needling therapy at Tidelands Health Rehabilitation Services.

The pain became so severe that Marilyn Overton struggled to play with her five grandsons, garden with her husband or even walk on the beach.
Overton, 67, a retired security manager, began suffering from hip pain in April. Over time, her condition became progressively worse and affected her ability to get around. The Murrells Inlet resident began to dread routine activities she once took for granted.
“The pain radiated down my legs as far as my kneecaps,” Overton says. “Over spring and the summer months, it just got worse and worse. Every day, it became a bigger challenge for me to go up and down steps or walk in the sand.”

When Overton went to Tidelands Health Family Medicine at Garden City for her yearly wellness visit in early August, she brought up her concerns with her primary care provider, Tidelands Health physician assistant Candace Hinman. After evaluating Overton, Hinman diagnosed her with lumbar radiculopathy, also known as sciatica.
The condition can cause deep, steady pain, numbness and weakness in the buttocks and legs. For treatment, Overton saw Pam DiGiovanna, one of several physical therapists at Tidelands Health Rehabilitation Services who offer dry needling therapy.
Although Overton had never heard of the treatment before, she was willing to give it a try. By that point, she was desperate for relief.
“I just didn’t know how anything was ever going to correct my legs,” she says. “The pain was truly putting me down. What Pam accomplished was nothing short of a miracle.”

In dry needling, a therapist inserts a “dry” needle (without medication) through the skin into muscles and other tissue. The goal is to alleviate pain by provoking the body’s healing mechanisms.
“I have found that dry needling will help 60 percent of the patients I perform it on,” says DiGiovanna, who practices at the Murrells Inlet location of Tidelands Health Rehabilitation Services. “Like other forms of treatment, it’s not effective for everyone, but it can really change a patient’s life when it is.”
For Overton, the therapy proved to be her saving grace.
“Within 24 hours of having the therapy, I could already see improvement,” she says.

After the first week of treatment, Overton’s left leg was back to normal. After four weeks, she was able to return to her daily routine and was finally pain free.
“Everything has gotten better, which is so important to me because I’ve got to keep up with my grandchildren,” she says. 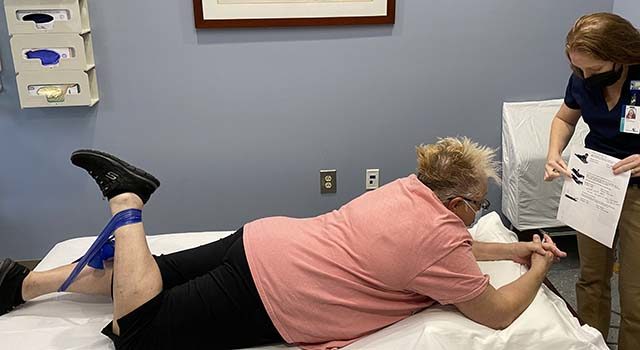 At discharge, Tidelands Health physical therapist Pam DiGiovanna, at right, provided Overton with a home exercise program that will help her manage her sciatica long term.

A world traveler via cruise ships, Overton feared her condition would prevent her from sailing again. But with her pain gone, she’s optimistic about the future.
“The older you get, the longer it takes to bounce back from anything,” she says. “To be at the point where I feel good about getting up every day is just miraculous. I got so far behind when I was dealing with this.”

DiGiovanna says dry needling treatment can be effective for a wide range of pain-related conditions and has been successful for patients who’ve exhausted other treatment options, including massage therapy, for painful muscle-related conditions. It’s also commonly used to treat recurring headaches. 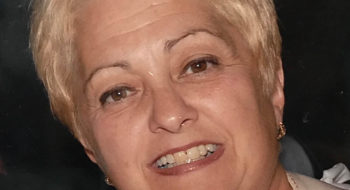 END_OF_DOCUMENT_TOKEN_TO_BE_REPLACED

Some mistake it for a form of acupuncture, but it’s different, DiGiovanna says.
Although both dry needling and acupuncture use the same type of needles, acupuncture is based on ancient Chinese holistic medicine and is designed re-balance the movement of “chi,” or energy, throughout the body.
Dry needling is an evidence-based approach based upon contemporary knowledge of the body’s anatomy and physiological responses. Needles are inserted at a different depth than acupuncture and typically placed at different locations, though there is some overlap.

‘Gave me back my life’

Overton says dry needling therapy has been extremely effective for her and credits DiGiovanna with restoring her mobility and quality of life.
“In all of my years dealing with medical folks, Pam was second to none,” Overton says. “She was so concerned about how I felt and talked with me about the different options. She was concerned about me getting better.
“She just gave me back my life!”