What is robotic-assisted surgery, and how does it work?

What is robotic-assisted surgery, and how does it work? 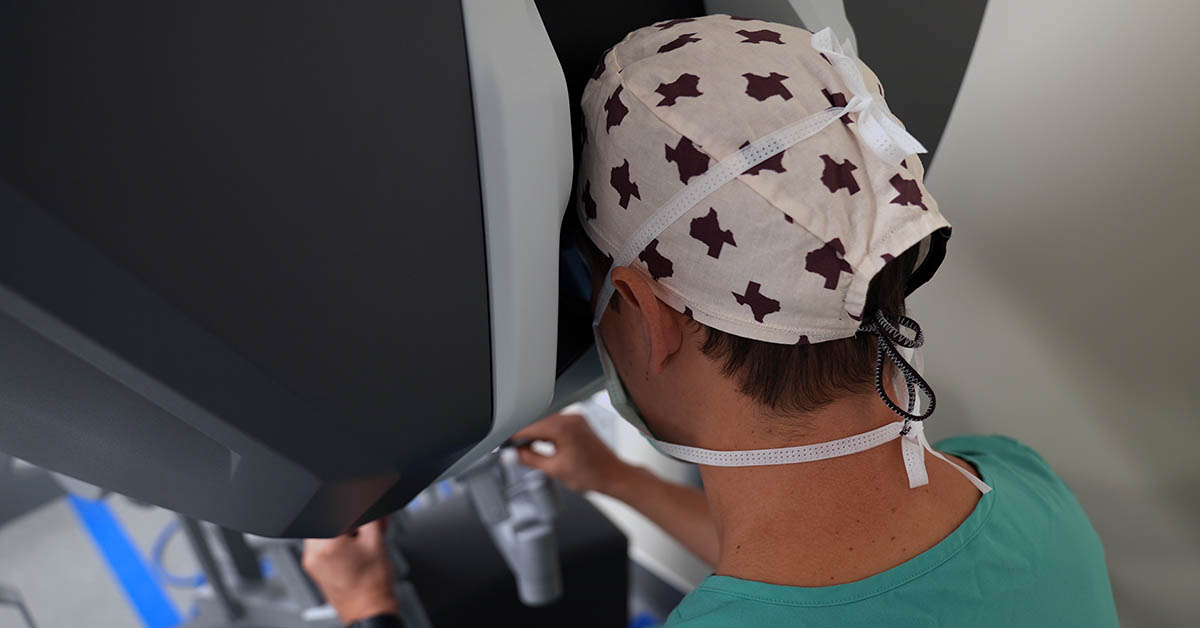 At home, we are using technology in ways that would have been the stuff of science fiction movies only decades ago.
Similarly, health care providers are also using technology in myriad ways to care for patients, improve health outcomes and reduce recovery times. One area experiencing significant growth is the use of robotic-assisted surgery, which allows surgeons to perform complex and delicate procedures through small incisions in your body using miniaturized instruments. At Tidelands Health, patients can stay close to home and benefit from this advanced surgical technique.
“In the past, patients have either had to have a big, open operation with a longer recovery times, or we’ve had to send them to another institution to receive these new, revolutionary techniques,” says Dr. Jack Johnston, a general surgeon at Tidelands Health Surgical Specialists at The Market Common and Murrells Inlet. “Now, we’re able to offer this approach to our patients using the gold standard of robotic-assisted surgery systems.”

A brief history of robotic surgery

It may seem like a novel concept, but robotic-assisted surgery is not new to the medical world. The first documented use was a neurosurgical biopsy that paved the way for additional minimally invasive surgeries using the technique. And in 1989, a veterinarian and an engineer joined forces to create technology that offered the ability to perform more precise hip replacements.

In the early 1990s, the U.S. Army developed a robotic surgical system designed to decrease battlefield casualties. That system eventually became used in civilian applications and served as the basis for surgical robotic systems now used in operating rooms around the world.
Indeed, the number of robotic-assisted surgeries has increased in recent years and continues to rise. According to a study published in JAMA Network Open, the number of robotic-assisted surgeries in the U.S. increased from about 2 percent in 2012 to about 15 percent in 2018.

While the name suggests a robot is performing the procedure, the surgeon remains in control at all times. Surgeons use the robotic system to better visualize the surgical site and perform delicate procedures that would be difficult with other techniques. The surgeon manipulates the machine’s instruments, directing the robot what to do. During robotic-assisted surgery, the surgeon:

Additionally, Dr. Johnston says robotic-assisted surgery offers surgeons better visual acuity and provides the ability to tackle tough cases without having to resort to traditional, open surgery.
“Robotic surgery gives you the ability to perform the tougher cases that you may not know are going to be tough until you’re in there,” he says. “You can more easily complete those cases without having to convert to a surgery that results in much bigger incisions and lengthier recoveries.”
Dr. Johnston also says robotic surgeries decrease the risk of intra-operative injuries when compared to laparoscopic procedures.
“The surgeries we can perform on the robot are pretty broad,” Dr. Johnston says. “Regardless of the procedure, robotic-assisted surgery allows patients to get back to work and their normal routines quicker and often with less pain.”