The importance of your baby’s first test

The importance of your baby’s first test 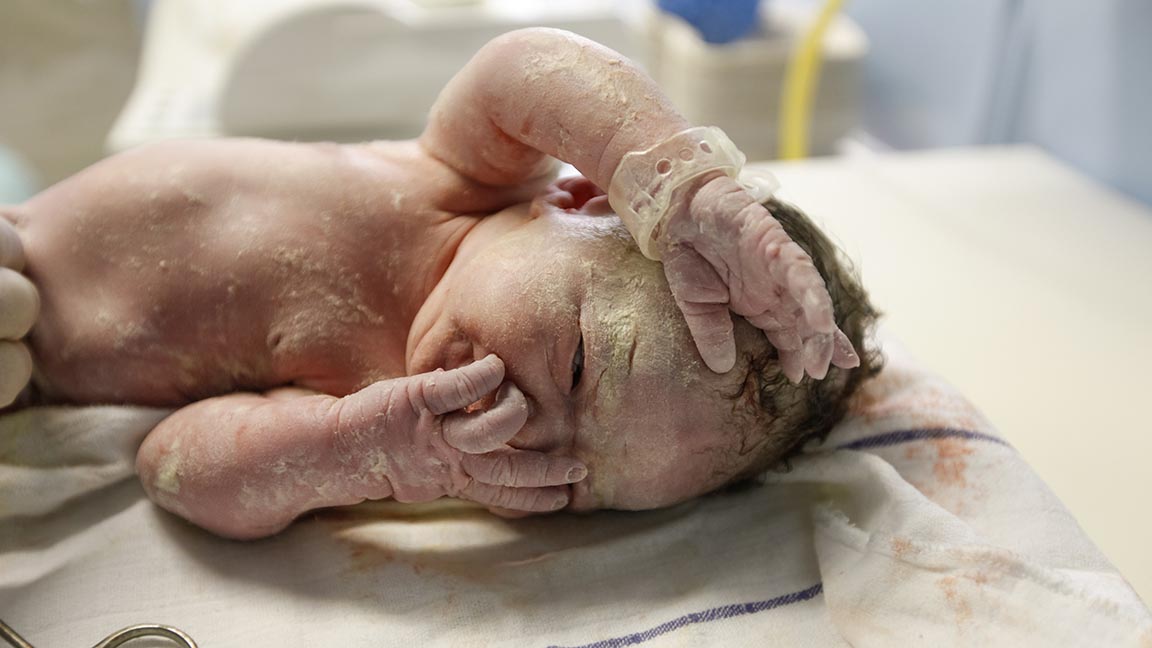 Just one minute into their lives, newborn babies will face their first “test,” and it’s an important one.
The so-called Apgar test, developed in 1952 by an anesthesiologist named Virginia Apgar, is used by doctors and nurses to quickly diagnose the overall health and well-being of a newborn.
Administered one minute after birth and again four minutes later, the test assigns to each baby a “score” of health based on five key factors (the first letters of which spell out, of course, ‘Apgar’): appearance (skin color), pulse, grimace response (reflexes), activity and respiration.
Taken altogether, those five assessments give medical professionals information they need to help determine whether all is well with baby–or if additional medical attention is required.
“The Apgar really is baby’s first test,” says Charity Fornal, a nurse in the nursery at Tidelands Waccamaw Community Hospital. “What it does is give us an overall score of how the baby is doing. It summarizes their health.”
The test has been a staple of maternity wards for decades now, and its simplicity is a big reason why. For each of the five criteria of the test, babies will be assigned a score ranging from 0 (problematic) to 2 (healthy). If babies score 7 or above, they are generally considered to be in good health. Scores ranging from 4-6 are considered low and anything below 3 is critical. Here’s how the test breaks down:

What physicians and nurses are looking for here is color–specifically, they want to see the baby’s body and extremities looking “pink.” Full pink color gets a score of 2. If baby’s body is pink but its extremities are blue or pale, the score could be 1. And if the entire body is blue, the score would be 0. Babies often take several minutes to gain a “pink” color after birth, and some babies may exhibit mild bruising due to their position during labor and birth.

Pulse rate: This one is straightforward — it’s all about heart rate. Babies measured at 100 beats per minute get a score of two. Anything less than that gets a one.

In this portion of the test, your baby’s medical team will check for reflexes. Upon some form of stimulation — this can be applied via oral suctioning, stroking the back, or tapping the baby’s feet — doctors and nurses will want to see some kind of response. A strong response will generate a score of two, while a milder response will score one and a lack of any response will score zero.

This criteria tests baby’s muscle tone and activity. Are they active and moving, or does the baby they appear weak, lethargic or limp? Babies that are actively moving will get a score of two. Less active newborns will score one, while those that appear limp will score zero.

What’s the best thing you’ll want to hear from your newborn when it comes to this part of the test? Simple: a good, loud cry. A strong cry will signal to the medical team that the baby is breathing well. If the cry is weaker, or if it appears the baby is struggling to muster a whimper, a score of one may be assigned.

Fornal says that, understandably, new parents may be concerned if their baby doesn’t score well on this important test, and may be downright frightened if their child needs to be taken away for special treatment. But she also says babies can and do rally, recovering quickly.
For those who don’t, Fornal says, parents just need to know that whatever decision is made regarding their baby’s care, Tidelands Health doctors and nurses always put the health of mom and baby first.

Tidelands Waccamaw is certified as a Childbirth Center of Excellence by The Joint Commission and was the first hospital in South Carolina to earn the prestigious Baby-Friendly designation, an international award that recognizes hospitals and birthing centers that offer optimal care for mothers and their babies.
“We always have mom and baby’s best interests at heart,” she says. “Our goal is to provide the best care possible.”