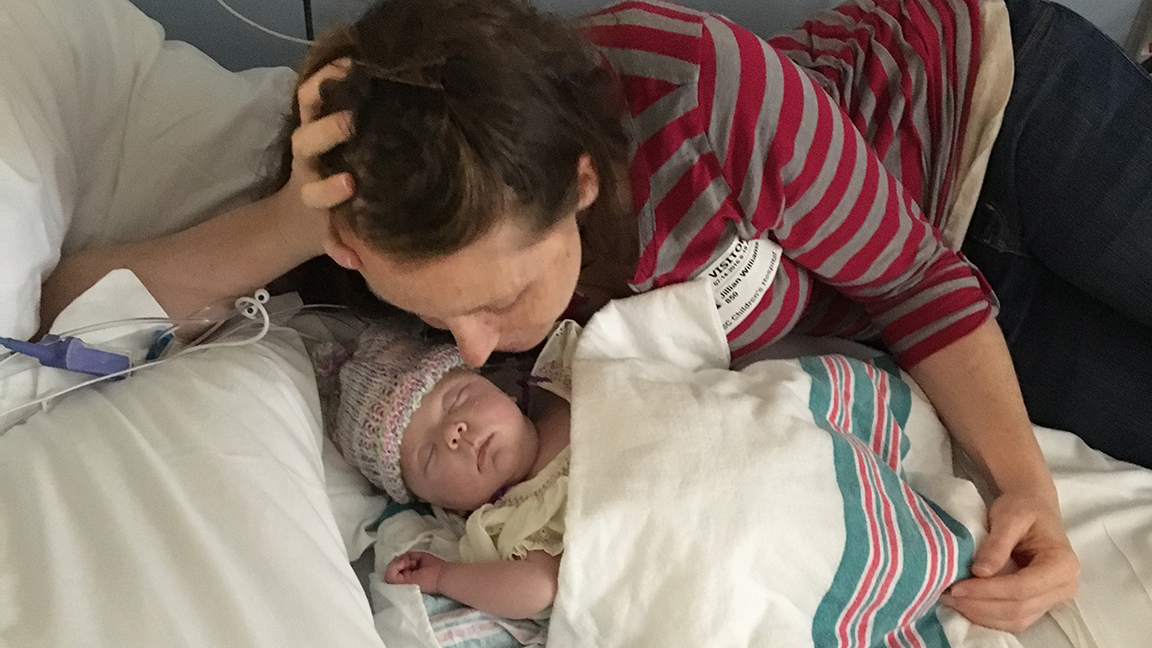 Born nine weeks premature on April 12, 2016, Charlotte faced challenges from the beginning. For 93 days, supported by her loving family and medical team, she fought a series of life-threatening complications.

Through it all, her mother, Jillian Williams, pumped breast milk every three hours to nourish Charlotte and to build up a supply in anticipation of Charlotte’s eventual homecoming. By the time of Charlotte’s passing, Jillian had completely filled a deep freezer with bags of breast milk and was on her way to filling a second.

The third-grade teacher continued to pump for another week after Charlotte was gone.

“It was heart-wrenching knowing what I was doing was for her,” said Jillian, 35, of Myrtle Beach. “That was very hard for me emotionally.”

Now, strained by tremendous grief, Jillian had to decide what to do with the breast milk she had stockpiled for her daughter. 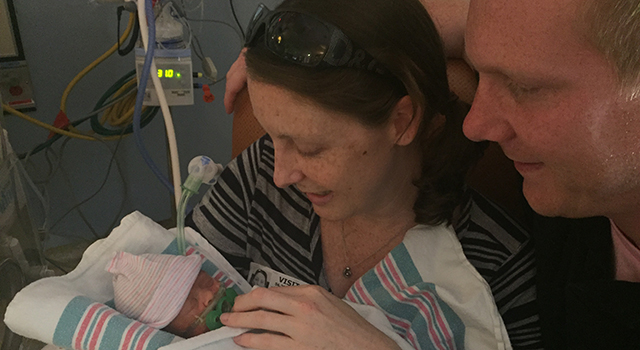 After speaking with a lactation consultant, Jillian decided to donate the milk to the Mother’s Milk Bank of South Carolina, which collects, screens and distributes donated breast milk to feed infants across the state, with priority given to hospitalized and premature children.

Jillian spent an evening crying, telling stories and praying with friends as they prepared her breast milk for donation.

“It was one of the most meaningful nights I have ever spent with my friends,” she said. “Those bags were one of the last tangible connections I had to my daughter, but I knew letting them go was the right decision so I could begin healing.”

Jillian donated nearly 500 bags of milk, totaling approximately 3,000 ounces, to the Mother’s Milk Bank through Tidelands Health, the only Mother’s Milk Bank collection site in Horry, Georgetown or Williamsburg counties. The health system has collected more than 7,945 ounces of breast milk since it began accepting donations in 2015.

“I was told my milk fed and nourished 16 sick babies across South Carolina,” Jillian said. “It was pretty amazing to know what was supposed to be for my daughter ended up helping 16 other sick children.

“It was a really hard thing to do, to give it up. But it really helped me through the grieving process.”

As a Mother’s Milk Bank collection site, Tidelands Waccamaw Community Hospital accepts donated breast milk from mothers throughout the community, regardless of whether they’ve received care through a Tidelands Health provider, said Beth Marion, director of women and children’s services for the health system.

It’s part of the health system’s commitment to community health and wellness and its dedication to women and children, she said.

Tidelands Waccamaw has earned the prestigious Baby-Friendly designation, awarded as part of a program developed by the World Health Organization and UNICEF to recognize hospitals that promote breastfeeding and mother-baby bonding.

“Breast milk can make a tremendous difference in outcomes for premature children, especially those of a very low birth weight,” Marion said. “Unlike formula, breast milk contains antibodies and other protective elements that can help support a baby’s fragile immune system and prevent potentially fatal infections.”

The process to become a donor is fairly straightforward. The first step is to make sure the donor is producing enough milk to support her own child.

According to the Mother’s Milk Bank, women will most likely be accepted as donors if they are:

Jillian said the process to become a donor was fairly simple, though difficult emotionally at times.

“The thing that makes me smile is that one day I could be passing a child that benefited from the milk,” she said. “It’s just very wonderful to know that 16 children are doing better in South Carolina because of what Charlotte provided to them.”